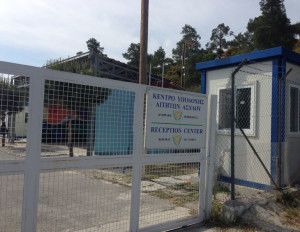 During Saturday night (14.05.16), a number of serious incidents were noted between residents of the Kofinou Center for Asylum Seekers, which resulted in the injury of certain individuals and became the cause for great turbulence. KISA condemns in the most unreserved manner any act of violence, no matter its source. At the same time however, we consider the particular incident to constitute an expression of the chronic and structural problems which are present at Kofinou and which have been exacerbated due to the Ministry of Interior’s continued delay in deciding upon the Center’s new supervision body. As a result of the above, the Kofinou Reception Center for Asylum Seekers continues to remain without any Administration Unit for the past eight months.

According to information presented in the media as well as information collected by KISA itself, the turmoil initially began when specific residents at the Center attacked and battered a young individual from a different ethnic group. Following the incident, police units and an ambulance visited the Center. However based on what we have been informed, the ambulance refused to transfer the injured young man to the hospital, using the excuse that he was drunk, while the police force also departed from the Center, considering the matter closed. After the police force’s departure, the tension between the two respective ethnic groups continued and resulted in the eruption of a generalized conflict. During the turmoil, families which resided in the lodgings were also beaten and humiliated for no reason, including women and children.

Following the intensification of the events, one of the families which was assaulted during the particular night as well as in the recent past, repeatedly called the police, who, as we were informed, arrived at the Center with a two-hour delay. In the meantime, a large number of the people who were at risk found themselves trapped in the Center, since the guard who was present, ran out in panic when he realized the fighting going on, locking the gate behind him. In the end, the people who were in immediate danger, managed to leave the Center after the police’s arrival and remained outside the Center until the conflict was resolved.

Due to the whole incident, a number of serious questions arise in regards to the police’s delayed intervention, despite being aware of the intense situation at Kofinou that evening, but also in relation to similar violent incidents which have occurred in the recent past. At the same time, further questions arise regarding the guard’s decision to close the gate while there were people in the Center who were in imminent danger, as well as the ambulance crew’s refusal to transport the young man to the hospital.

Following the specific incident, KISA notes that the situation which has developed at Kofinou is mainly due to the lack of an effective Administration Unit at the Centre as well as due to the non-application of appropriate management and balancing policies concerning the potential processes of interaction which are generated at the site and which involve the large number of people who are present there as well as their ethnic and cultural diversity. To this effect, the lack of an appropriate policy which can respond to the above-mentioned issues, as well as the existing staff’s lack of experience and training at Kofinou, do not allow the immediate normalization of the situation.

Furthermore, the lack of any programs consisting of creative activities for people living at Kofinou, is considered as yet another factor which significantly contributes to the increase of the contradictions between the different ethnic groups and reinforces the conflicts between them, increasing the risk of victimization for the more vulnerable groups of refugees. Additionally, the authorities must devise an appropriate method of integration which considers the fact that certain refugees and asylum seekers not only come from a war-torn country but have also internalised a violent manner of responding to conflict as a result of the survival mechanisms they adopted within the violent ridden culture of the previous reception centers they were housed in outside the EU.

At the same time, KISA expresses its concern concerning the Minister of Interior’s statement that this involved an isolated incident, despite the fact that the Ministry has repeatedly been informed about the unsettled situation at Kofinou. More specifically, KISA, submitted a memorandum last December to the Ministry’s General Director, which points out the existing problems at Kofinou and by which a meeting was requested with the Minister in order to find ways to stabilize the situation. Unfortunately, we have not received a response to our request up until this date, since as it appears, Mr.  Hasikos maintains a policy of refusing to engage in dialogue with NGOs, a policy he adopted from the very beginning upon assuming responsibility of the Ministry of Interior.

In addition to the actions which need to be taken in order to stabilize the living conditions at the Center, we hereby recall the State Authorities’ decision to use the available European funds for constructing the Center at Kofinou, instead of using any decentralized local infrastructure, as KISA had then proposed. Unfortunately, the high-cost and unfriendly construction at Kofinou was selected by the Authorities, not taking into consideration the possibility of improving the asylum system, but rather so that it could act as a deterrent for potential individuals who are entitled to international protection when considering Cyprus as a destination, since it mostly resembles an open detention center rather than a hospitality center. The remote location which has been selected for its construction, the inadequate infrastructure, architecture as well as living conditions at the Center, do not only essentially deter the possibility of improving the asylum seeking infrastructure, but also prevent the refugees’ process of being integrated within Cypriot society.

In view of the above, KISA calls upon the relevant authorities to ensure: