Fire in building home of victims of trafficking in Nicosia 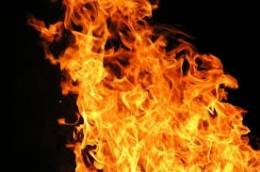 Less than a week after the public denouncement of KISA of the violation of the rights of victims of trafficking by the Republic of Cyprus and their utterly unacceptable conditions of poverty and destitution, a new alarming incident makes even more imperative the need for   their protection.

Around midnight last night fire broke out in a building in the old town of Nicosia, where several victims of trafficking are housed. Police are still investigating the cause of the fire as there are serious suspicions that the fire was set maliciously. The fire started in the corridor outside an apartment where a female victim of trafficking and her child live. Fortunately, there were no victims.

This incident points out once again and further heightens the serious concerns often raised by KISA about the protection, welfare and integration of trafficking victims in Cyprus. Over the years and especially over the last 3 years, in the context of  the Multidisciplinary Coordinating Group (MCG, of which it is a member, with other three NGOs), KISA has persistently been trying to put on the agenda the urgent needs of the victims of trafficking. In addition, KISA in cooperation with the other NGO members of MCG submitted a position paper with an analysis of the problems and harsh conditions faced by trafficking victims and proposals for their solution. The Ministry of Interior has not as yet responded to the NGO concerns and has not facilitated the discussion of the needs and problems of the victims.

Furthermore, the regulations for the functioning of shelters, which are expected to secure their operation on the basis of suitable guidelines in accordance with the international standards, have been discussed for  years at the Multidisciplinary Coordinating Group without any result.

The incident also points out that it is more than imperative to implement the required standards and regulations regarding shelters for victims of trafficking. The Welfare Services are responsible for ensuring that the victims have access to safe and decent living conditions, health care, social and psychological support and for their wellbeing in general. In Cyprus, there is only one state-run shelter for women victims of trafficking for sexual exploitation, while there is no provision at all for sheltering other trafficking victims, notably for labour exploitation. Despite the fact that the state shelter remained closed for a year because, according to the authorities’ claim, there were no women victims of sex trafficking, the government refused to operate the shelter to accommodate other victims of trafficking such as labour trafficking. As a result, NGOs and charities are left to provide for the victims’ accommodation.

In view of the fire incident and the extremely difficult situation people who are trafficked find themselves in, KISA calls on: