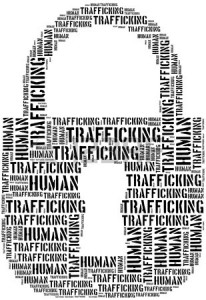 For more than 7 months now, persons, who have been recognised as victims of trafficking have been left from the competent authorities of the Republic of Cyprus, without any livelihoods. This has resulted to them living under conditions of utter poverty and destitution. Under such conditions, many of them depend exclusively on charity for accommodation and food and in extreme cases on begging.

Such government practices violate not only the national law of Cyprus, but also the European legal framework on combating human trafficking[i], which includes the obligation of the state to secure victims’ welfare and access to decent living conditions and to protect them. This includes access to health care, social welfare benefits, social and psychological support, right to compensation, and improvement of their occupational skills, so as to avoid the risk of re-victimisation, etc.

In July 2014, the Ministry of Labour, Welfare and Social Insurance decided to replace all existing public social benefits with the Guaranteed Minimum Income (GMI) [ii]. The Ministry did not foresee however any effective transitional provisions for the persons recognised as victims of trafficking, so as to be able to access their aforementioned rights until the granting of the GMI, despite relevant suggestions that KISA had submitted to the Ministry and the Parliament during the adoption of the legislation for the GMI. Notably, persons recognised as victims of trafficking, who applied for GMI have still not received a single benefit since last July, despite the fact that, due to serious problems they encounter regarding access to the labour market, they do not have any other resources.

Furthermore, according to article 5.-(1)(a)(v) of the GMI legislation, the applications of persons recognised as victims of human trafficking are not to be examined by the specially formed Agency for Social Support that has been set up specifically for the examination of all GMI applications, but by the Social Welfare Services. This, taking into consideration the serious problems of the Social Welfare Services, can potentially lead to discriminatory treatment against persons recognised as victims of human trafficking.

The Convention of the Council of Europe for the Action against Trafficking in Human Beings,
http://www.coe.int/t/dghl/monitoring/trafficking/Docs/Convntn/CETS197_en.asp#TopOfPage etc.