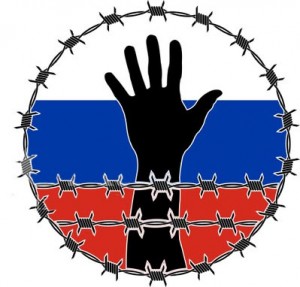 KISA condemns the gross violation of the most important principle of customary international and European law by Cyprus: the prohibition of refoulement of a person to a country where there is a risk of being persecuted on the basis of gender, race, religion, nationality, membership of a particular social group or political beliefs, or of being subjected to torture or inhuman or degrading treatment or punishment.

The extradition of Natalia Konovalova to the Russian authorities on Sunday, 15 November, while consideration of her asylum application and a final decision were still pending, is nothing more than a gross violation of the aforementioned basic principle – a principle which we are sorry to see that the Republic of Cyprus is ready to sacrifice on the altar of political expediency. It seems that despite the Geneva Convention on Refugees being applied in the Republic of Cyprus for 15 years, this principle has not yet been established in practice.

The State’s argument that Konovalova’s fear of persecution was examined and rejected by the Court is unfounded, since in the extradition case the Supreme Court did not consider all the issues on which Konovalova requested asylum. At the same time, in the application for habeas corpus the Supreme Court denied having any power to consider such issues. It is clear that the international protection system is failing and is being applied at will, contrary to the principles of impartiality and independence that should govern the examination of asylum applications by all of the Republic’s authorities, including the Courts.

Also, it is worth noting that the Asylum Service officer who examined the asylum application of the person in question recommended that she should be granted protection status, a fact which indicates that there were well-founded concerns regarding the consequences of a possible extradition to Russia. Nevertheless, the Head of the Asylum Service ignored the relevant recommendations, rejecting Konovalova’s request in the first instance. This reinforces the view that this asylum applicant was extradited to Russia for reasons of political expediency. Meanwhile, huge questions and concerns are raised by the attitude of the Head of the Asylum Service in managing the whole issue, given that he has responsibility to ensure that asylum seekers remain in the Republic until a final decision by the Supreme Court.

The most tragic aspect is that, despite the fact that the authorities in Germany had agreed to consider Konovalova’s request for asylum in accordance with the Dublin Regulation, she chose to remain in Cyprus where her family is located, believing that the Cypriot authorities would fulfil their international and European obligations. The result of this decision is that she is currently in a Russian prison following her extradition. Today, Konovalova is being detained in one of the prisons in Moscow, in which the conditions of detention have been repeatedly declared by the ECtHR to constitute inhuman and degrading treatment.

Furthermore, despite the arguments put forward by the Cypriot authorities and courts that Konovalova would have a fair trial if extradited to Russia, to date her lawyers have been prevented from having any access to their client and they have not been informed where exactly she is being held. We stress the fact that access to a lawyer is one of the fundamental elements of the right to a fair trial.