KISA condemns the illegal extradition/refoulement of asylum seeker to Russia 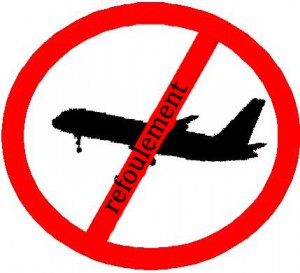 According to information that has emerged in the last few days[i], Ms Natalia Konovalova, a citizen of the Russian Federation whose asylum application to the Republic of Cyprus is pending, is in danger of immediate extradition to Russia. KISA, Action for Equality, Support and Antiracism condemns both her illegal detention as well as any attempt to deport her to Russia, as this is goes against a clear legal framework under which asylum seekers are protected from any refoulement[ii] to a country where there is a well-founded fear of persecution.

Apart from the fact that according to international, European and national law, asylum seekers are protected from refoulement until their application has been considered, we believe that if this particular person is deported to Russia, there are well-founded fears of political persecution due to her being a member of a particular social group.

Meanwhile, judging from the beginning that her criminal prosecution was based on political motives, in May 2011 Ms Konovalova applied for asylum, but since that time, despite the fact that four years have elapsed, her asylum application has still not been considered.

KISA believes that any attempt to extradite Ms Konovalova is unacceptable and illegal, since the refoulement of asylum seekers before their asylum application is considered and before a final decision is issued violates the 1951 Geneva Convention relating to the Status of Refugees. At the same time, this decision violates Article 4 of the Refugees Law, under which a refugee or an asylum seeker cannot be expelled to a country where his/her life or freedom is in danger or he/she will be subjected to torture or inhuman or degrading treatment or persecution on the basis of gender, race, religion, nationality, membership of a particular social group or political beliefs. The same obligation also arises from European law and more specifically from Directive 2013/32/EU, which obliges the Member States to respect the principle of non-refoulement.

At the same time, we believe that the fears expressed by Ms Konovalova that she will face politically-motivated persecution by the Russian authorities are valid, since she faces charges due to her connection to the cases of Yukos Oil and Khodorkovskiy. The Yukos Oil case and the persecution of Khodorkovskiy and all of his partners is well-known internationally.

Regarding this particular case, the Parliamentary Assembly of the Council of Europe passed Resolution 1418 (2005), which stated that the actions of the Russian Government in relation to Yukos Oil, Khodorkovskiy and other partners exceeded the simple pursuit of law enforcement, and included many elements designed to weaken political opponents. Furthermore, in relation to the cases of Yukos Oil and Khodorkovskiy, to date the European Court of Human Rights has issued three decisions in which they condemn the Russian Federation for a series of violations of the rights of Yukos Oil as a company as well as of Khodorkovskiy, including the right to a fair trial.

Beyond this particular case, it is well known that the Russian government has repeatedly violated human rights against political dissidents, journalists, human rights activists and many other groups[iii]. Based on this, the Cypriot authorities should be particularly careful in their handling of cases of extradition to Russia.

Based on all of the above, KISA calls for: