21st March: International Day for the Elimination of Racial Discrimination 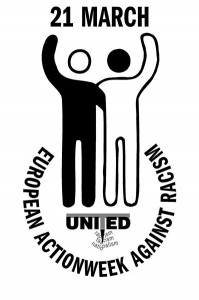 On the occasion of the International Day for the Elimination of Racial Discrimination, [i] KISA – Action for Equality, Support, Antiracism raises the  alarm  and notes with deep concern the  disturbingly significant  increase in incidents of discrimination, racism and racial violence in Cyprus. At the same time, KISA stresses the necessity for immediate adoption and implementation of a zero tolerance policy  of  any form of discrimination, xenophobia, intolerance and racism, with special emphasis on  combating institutional racism and discrimination.

This significant upward trend in discrimination and racism in Cyprus is demonstrated by the upsurge of incidents recorded and reported, both at institutional level – legal, political and administrative, as well as at all other levels of public life – social, economic and cultural. [ii] Growing discrimination and racism is due l largely to the populist and xenophobic rhetoric and practices adopted by politicians and public officials, who unfoundedly attempt to put the blame for the increase of unemployment and other consequences of the economic crisis on the most vulnerable social groups of migrants, asylum seekers, recognized refugees and victims of trafficking in human beings, rather than on the destructive advent of the crisis hitting Cyprus in recent years. This very stance of state authorities and  government services representatives contributes decisively to the strengthening of the far right, nationalistic and fascist organizations and political parties, which are openly  against the refugee and migrant communities  in Cyprus, reinforcing even more the hate rhetoric and acts of violence against the most vulnerable groups of the population.

In this framework, KISA has already set among its basic priorities the following three initiatives:

Concerning the last actions and on the occasion of the International Day for the Elimination of Racial Discrimination, KISA actively participates and organises the following:

Finally, KISA calls on the Cyprus state and particularly the government to recognize the extent, gravity and consequences of discrimination and racism and to immediately put in place measures for combating these phenomena. In order to realise the zero tolerance policy, KISA considers the cooperation of all stakeholders and adoption of an “Action Plan for the Combating of Discrimination and Racism” to be absolutely necessary.

[ii] The most characteristic dimension of the strengthening of discrimination and racism in Cyprus are:

[iii] The international campaigns and initiatives include:

[iv] Until now, in the protest march will participate the following organisations and parties: AKEL, DEOK, DISY, EDEK, EDON, Elefsis, ERAS, the Green Party of Cyprus, the Cultural Movement, KISA, NEDA, NEDIK, EDEK Youth, the Youth of the Green Party, PEO, Pancyprian Peace Council, Pancyprian Youth Board, POGO, Progressive Movement of Teachers, the Initiative We Are in Europe and the Socialists Initiative.

[v]        At the meeting will participate representatives of the Anti-Discrimination Body of the Ombudswoman Office, the Ministry of Justice and Public Order, the European Parliament, as well as the academic community and civil society. The invitation and the agenda will be sent very shortly to the mass media.

[[vi]]           At the workshop will participate representatives of the Anti-Discrimination Body of the Ombudswoman’s Office, the academic community and civil society. The invitation and the programme of the workshop will soon be sent to the mass media. 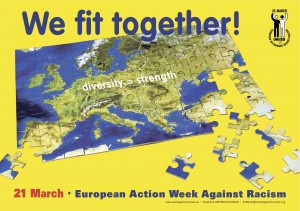