On the occasion of 21st March[1], International Day for the Elimination of all Forms of Racial Discrimination, KISA – Action for Equality, Support, Antiracism and Refugee Rights Association (RRA) express their grave concern about the ever-growing normalisation and legitimation of rampant racism, nationalism and the rise of extreme right and neo-nazi fascist forces on both sides of the divide.

In the aftermath of Brexit, Trump’s first year of racist and anti-immigrant government and the EU’s and many individual member states’  policies and measures against migrant and refugees but also against their own peoples, are all contributing, among others, to entrenching racist violence against migrants and refugees, promoting nationalist rhetoric, endorsing and bolstering the rise of extreme right and fascist forces, eroding human and economic rights and the rule of law and those who stand up and struggle to defend these rights.

KISA and RRA also express their deep concern about the worsening of the situation with the recent extension of the shameful EU-Turkey agreement, especially in view of Turkey’s continuing onslaught on democracy, its oppressive policies and undeclared war against the Kurdish people, the rise in anti-refugee sentiment and the invasion of Afrin in Syria, as well as the equally shameful “neighbouring” agreements with repressive regimes, all in the pursuit of the EU for curtailing migration and keeping refugees from Syria and other war-torn countries out of Europe. Policies that have resulted in thousands of refugees and migrants drowning in the Mediterranean or, when they do reach Europe, they are kept in concentration-like detention centres, turned into modern-day slaves, structurally and socially discriminated against, excluded and marginalised.  Through these policies and measures, the EU and its member states not only deny their responsibilities in creating and maintaining many of the conflicts and situations from which migrants and refugees are fleeing from and refuse to abide by the very founding principles and standards of the EU. These policies and measures make unacceptable concessions to populism, the far right, neo-Nazism and fascism that promote and work for the abolition of democracy, the rule of law and human rihgts.

In the Republic of Cyprus, these same policies and measures against migrants and refugees feed into and further foment the ascendance of nationalist, extreme right, neo-Nazi parties and groups, such as ELAM. In the northern part of the island, whilst systematic violation of human rights of refugees, racially motivated crimes and other rights violations persist, far-right political movements that feed into ethnic divisions of the island, such as YDP, are on the rise. This is as clearly shown in the last elections in both the north and the south. Amidst the continuing stalemate in the Cyprus problem and the dangerous games over the hydrocarbons, racist violence and hate crime, nationalism and extreme right, neo-Nazism and fascism are heightened.

In order to reverse this situation, the two organisations call for:

In the framework of the European Action Week Against Racism, organised by UNITED for Intercultural Action[2], the two organisations are organizing an event, entitled “Say No to Racism – Say No to Nationalism – Yes to Solution”. The event will include taking photographs of passers-by holding slogans against racism and nationalism and for a solution to the Cyprus problem, while the photos will be uploaded on Facebook.  The event will take place on Wednesday, 21st March 2018, in the buffer zone at Ledra Street, from 16:00 to 20:00.

The press release and the upcoming event are also part of the three-year project “«Human Rights for All!”[3], implemented by RRA and KISA. The overall aim of the project is to combat racism and to ensure that human rights of refugees are respected. Main project activities include trainings on asylum, standards of detention, protection from ill-treatment & torture; thematic reports on human rights of refugees; workshops for refugees on their rights; awareness-raising campaigns on the International Day for the Elimination of Racial Discrimination; panel discussion on migration and asylum policy in a unified Cyprus; summer volunteer programmes and advocate for legal changes in northern Cyprus.

[1] The International Day for the Elimination of all forms of Racial Discrimination was proclaimed on the day in 1966 by the UN General Assembly (http://www.un.org/en/ga/search/view_doc/asp?symbol=A/RES/2142(XXI), to commemorate the massacre by police of 69 peaceful demonstrators in Sharpeville, South Africa, against the apartheid laws, on 21st March 1960.

[2] UNITED for Intercultural Action, a European NGO with more than 550 members across Europe;  http://www.unitedagainstracism.org/ 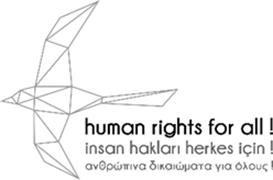