15 years in the country is not long enough, according to the CRMD, to become a citizen 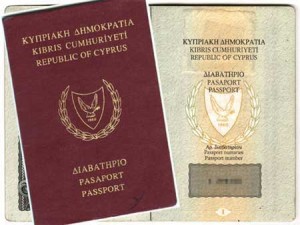 The family of the fifteen year old boy that was deprived of his citizenship, and on behalf of which KISA has recently made a denunciation, is still facing tribulations, even after the Minister of Interior has intervened offering a solution to their problem. The District Social Welfare Services still refuses to accept the child’s documents (birth certificate of a cypriot child who was born abroad). By this refusal, the government agency disenfranchises the child.

At the same time, the Civil Registry and Migration Department (CRMD) has informed the fifteen year old’s mother (who is married to a Cypriot citizen and is a resident of Cyprus for the past fifteen years) that her application for a Cypriot citizenship has been rejected.

KISA has denounced this particular case of child civil rights violation in a press release on the 3rd of June, 2015 entitled “Systematic violations of the rights of migrant children by the Cypriot authorities”. Following the disclosure of the case, the Minister of Interior has conducted an investigation which revealed omissions made by several governmental agencies, which resulted in him asking for the restoration of the boy’s citizenship.

Nevertheless, the competent authorities still refuses to comply with the minister’s instructions, claiming to be waiting for further guidelines for the handling of the case. Meanwhile, the fifteen year old remains disenfranchised, his and his family’s situation being aggravated by the CRMD refusal to grand a Cypriot citizenship to his mother.

The refusal of the application of the mother (Α.L) of the fifteen years old for Cypriot citizenship creates further problems in this woman and her family. A.L. applied for citizenship in 2004, as the spouse of a Cypriot citizen. Her application was rejected with the excuse that she “overstayed for a few weeks” in the period in between the expiry of her resident permit and its renewal. A.L. reapplied for citizenship in 2006 following instructions by the authorities. Her application had not been examined for the past nine years, until KISA denounced her case.

On July 17th, 2015, the A.L. was informed that her application has been rejected for failing to live in the Republic of Cyprus for seven consecutive years. The paradox of the rejection of her application is that it took nine years to review her case, while in the meantime she has been living on the island, summing fifteen years of continuous stay in Cyprus.

KISA’s position is that the CRMD nine year delay as well as the other omissions that took place in handling the A.L case are inexcusable and that the department must proceed in reviewing her case, taking into consideration the provisions of the law on “special categories” (Civil Registry Law of 2002 (141 (I) / 2002), Article 111, Table 3) that allows her a citizenship after staying in the country for five years.

Taking into consideration all of the above, KISA calls for: