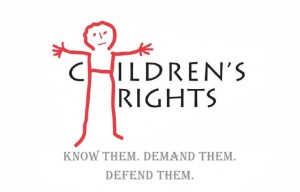 KISA publically denounces as yet another incident of violations of the rights of the child. In particular, a child aged 15 has had his citizenship revoked by the Civil Registry and Migration Department (CRMD), without the latter even bothering to inform his family about it. The CRMD’s handling of the case has in essence turned the said child, from one day to the next, from a Cypriot citizen to stateless, not caring for the consequences of this decision on both the child and his family.

Recently, Mr A was informed by the Paphos District Welfare Services Office that his family «is no longer entitled to child support and public benefit” for their older child because his citizenship had been revoked by the CPRMD.

KISA considers as totally unacceptable the arbitrary removal of the child’s citizenship and his being stateless as a result, which is due to the erroneous and bureaucratic handling of the CRMD, and which topped up its action by not informing the child’s family, as yet another show of insulting and degading treatment. The paradox of the case is also demonstrated by the fact that, according to the law, Cypriot nationality is automatically granted to children whose father is a Cypriot citizen.

It is pointed out that the above case is not another isolated incident but on the contrary it is an indicative case of the degree to which the Cypriot authorities violate the rights of migrant children.

In particular, the practice followed regarding children’s access to Cypriot nationality is totally unacceptable as the state insists on its refusal to allow access to citizenship to children who were born, raised and reached adulthood in Cyprus, as a result of which and given that without citizenship they have no resident permit, these children are considered to be undocumented migrants. It is more than obvious that this practice of the Cypriot authorities violates the rights of children and at the same time contravenes the UN Convention on the Rights of the Child.

We would like to emphasise that Article 7 of the Convention on the Rights of the Child provides that «The child shall be registered immediately after birth and shall have the right from birth to a name, the right to acquire a nationality …”, while paragraph 1 of Article 8 of the same convention provides that “States Parties undertake to respect the right of the child to preserve his or her identity, including nationality, name and family relations as recognized by law without unlawful interference.»

In addition, the state ignores the rights of children in cases where they and their mother are forced to move away from the Cypriot father mainly because of physical violence against the mother and/or the children. In these cases, the state refuses to provide support to these mothers as they in view of their being third-country nationals. As a result, the children and their mothers are victimized again as the indifference of the state leads these people to live in wretched conditions.

Moreover, we condemn the police practice of raids in places where migrant women take care of children of other migrant women, usually friends, on the pretext of checking their resident permits in the country. The migrant mothers are obviously lead to the particular choice of care for their children because, on the one hand, their salaries does not allow them to enroll their children in approved and licensed child-care facilities and, on the other, in these facilities it is obligatory to show the mother’s  residence permit.

We are aware that unlicensed child-care facilities is not the most appropriate one but, in view of the lack of any other real alternatives, it is in effect the only one available to these migrant mothers. The overzealous police action to conduct residence status checks of migrant women in this area actually forces these migrant mothers to leave the country with their children.

In view of the above, we call on the competent authorities to intervene immediately in the case of the child who had his citizenship removed in order to:

Also, KISA calls on the Cypriot state to proceed immediately to the following: