WE DEMAND EFFECTIVE AND DECISIVE PROTECTION OF THE VICTIMS OF VIOLENCE 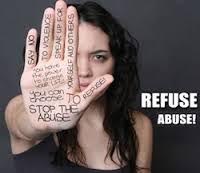 KISA expresses its great concern at the way in which the state’s law enforcement agencies respond to incidents of domestic violence, especially in cases where the victim is a citizen of a third country. The recent handling by police of an incident of verbal and physical violence against a female domestic worker from Sri Lanka, who for seven years has provided 24-hour care to an elderly Cypriot woman with serious health problems, demonstrates and confirms that the attitude taken by the law enforcement agencies does not provide effective protection to the victims.

Specifically, some two months ago, employers’ son, who for the last 20 years had been living with his own family in another house, took the decision to return to his mother and moved into the living-room of her two-bedroom refugee house. From the very outset, he was aggressive and violent towards the domestic worker, using threats and insults in his attempt to force her to abandon her employer, clearly for reasons of his own.

Since then, the elderly employer and the domestic worker have been staying in a room on the first floor of her daughter’s refugee house, because her son is not allowing her mother return to her own home with the domestic worker. The combination of the unsuitability of the accommodation and elderly poor health – she has Alzheimer’s – have contributed to the deterioration of her state of health.

The handling of the case by the police so far has proven to be particularly problematic, since on the one hand the elderly employer was essentially forced to leave her home, while on the other, the domestic worker was a victim of physical and verbal violence but was not protected in line with the law on domestic violence. The perpetrator still resides unhindered in his mother’s house as a “squatter”, relying mainly on the tolerance and ineffective intervention of the law enforcement agencies, which during all this time have followed a “neutral policy” that in practice re-victimises the victims in the case.

Furthermore, the ineffective intervention of the police in this case seems to have completely emboldened the perpetrator, who has repeatedly threatened elderly’s daughter that he will kill her if she continues to defend “that monkey”, as he describes the domestic worker.

The above incident is indicative of the situation regarding violence against migrant women. KISA considers that the indecisive attitude of the law enforcement agencies towards the victims and their handling of cases under the law on domestic violence are playing an important role in the increasing number of violent incidents that have been reported in the recent period. We believe that violence against migrant women and against women in general cannot be addressed without decisive intervention by the police, which should perform its role, contributing to the effective protection of victims and to the appropriate punishment of the perpetrators.

In light of the above, we call on: