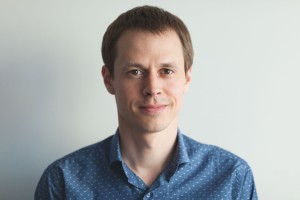 KISA observes with great concern the attitude held by the Cypriot authorities in relation to three recent cases concerning Russian citizens, in which they have utterly violated refugee law. The most recent case, is that of Nikita Kulashenkov, who was detained at the Central Prison in Cyprus for eighteen days –  despite the fact that the relevant authorities were aware that the particular person was granted refugee status in Lithuania – with the purpose of extraditing him to Russia. It is being reminded that recently, the Russian journalist and syndicalist Andrey Nekrasov, was detained for almost one month at the           Central Prison with the purpose of extraditing him to Russia, before his eventual transfer to Lithuania where his asylum application would be examined according to Dublin regulation. An even more serious case is that of Nataliya Konovalova, who was extradited to Russian authorities while her asylum application was still pending.

Apart from the fact that all three persons in question applied for international protection, a common characteristic of the aforementioned cases is that all individuals are considered political rivals of the Russian government who accused them of allegedly committing criminal acts. This alleged accusation enabled the issuance of international arrest warrants and as a result their extradition to Russia. With these aforementioned examples in mind, it is easy to conclude that the allegations for the commission of criminal acts against Russian citizens is the government’s preferred tactic within the framework of a general policy that criminalizes any political and activist action against it.

As far as Nikita Kulashenkov’s case is concerned, the person in question was held at the Central Prison from the 24th January until the 10th February 2016 for his extradition to Russia. Mr. Kulashenkov, was granted refugee status in Lithuania in December 2015 because of his political persecution from the Russian government. Mr. Kulashenkov who had actively taken part in investigations against corruption, was accused by the Russian investigation authorities for ‘theft’ of a painting on a carton which was placed in a public fence by an amateur artist in the city of Vladimir. It is noted that the price of the ‘stolen’ piece has been evaluated by the artist himself as less than €1.

Eventually, Mr Kulachenkoc was released on the 10th February after a decision by the Minister of Justice not to authorise his extradition to Russia. Despite the fact that the particular development is considered very positive, KISA expresses its concerns as to why the Cypriot authorities violate refugee law as well as for the political intentions behind such practices. Indicatively, it is noted that in Ms Konovalova’s case, the Asylum Service officer who was responsible for examining her asylum application had suggested that she should be granted international protection. Despite that, the head of the Asylum Service ignored the relevant suggestions, rejecting Konovalova’s application at first degree, a fact that enhances the view that the said applicant was deported to Russian to serve other political ends.

KISA calls οn the Cypriot authorities to be particularly careful in the way they will handle similar cases in the future so as to avoid any violation of the rights of persons seeking international protection or of those, who have been already granted protection, either by their arrest and detention or by their extradition to the country in which there is a danger for prosecution on the basis of their political beliefs. We highlight that the existence of any political expediencies or the invocation of the argument of ‘national interest’ in no way do they justify the violation of international, European and national legislation.