Under the pretext of economic crisis, the most vulnerable social groups are targeted by demagoguery, racism and discrimination 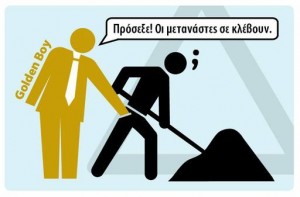 KISA – Action for Equality Support, Antiracism expresses its deep concern and dissatisfaction concerning statements of public figures that, for their own political expediencies, attempt to burden the most vulnerable groups (mainly refugees, asylum seekers and victims of trafficking) with the most adverse consequences of the economic crisis that troubles Cyprus.

KISA is particularly concerned about the position of the Minister of Labour and Social Insurances, whose statements concerning the benefits policy and measures to combat unemployment contradict and undermine the proper role and responsibility of the Ministry to support vulnerable groups of the population and maintain social cohesion. Moreover, these statements violate both national and European law and policies against discrimination, which are in place to guarantee that any subsidy measures, coming from either European or national funds, to support vulnerable groups affected by the crisis, should be provided to all the people, who have a right to them without any discrimination, and especially without relying on the racist rationale of ethnic origin.

KISA also underlines that the competent officials despite the fact that they are aware that the provision of such benefits, including allowances that the state delayed to pay, is mandatory under the law, in their statements they give the impression that the state is seeking to adopt a practice for the selective implementation of laws, in order to restrict the rights of beneficiary groups, on the basis of racial discrimination. KISA warns once again that such policies, in case they are not hindered, will lead to the legalization of the restriction of rights of all vulnerable groups in the country, including Cypriots.

Even from financial point of view, this policy is shortsighted, since in case lower benefits than what is already provided by law and the commitments of the Republic of Cyprus to the EU are given, this will not only be illegal, but may also result in legal proceedings and convictions, which in turn will lead to much higher costs, which will be required to be paid by all tax payers.

Recently, there have also been frequent statements by officials, who claim that monthly allowance should be replaced with “vouchers”. KISA wants to inform the public that the statements are at least misleading. The bill, which has been prepared by the Ministry of Labour, grants the right to the Social Welfare Services to provide benefits in the form of “vouchers” to any beneficiary, whether Cypriot or non-Cypriot, intending to introduce a demeaning and humiliating measure, directed against all vulnerable persons, including Cypriot beneficiaries. The statements and measures of public officials on this matter basically violate the principle of non-discrimination and equal treatment, while also preparing the ground for the gradual abolition of the rights of all vulnerable groups.

KISA urges the government and officials to adjust both their public statements and their policies towards supporting vulnerable groups on the basis of the principle of non-discrimination and equality for all, in full respect of and consistency with the existing legal framework. 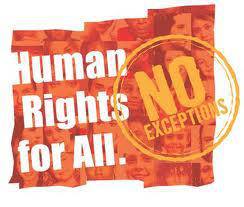