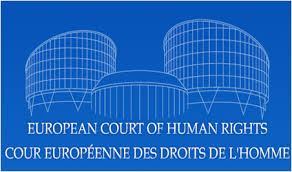 KISA – Action for Equality, Support and Antiracism is very pleased to welcome today’s decision of the European Court of Human Rights (ECHR) in Case of M.A. v. Cyprus, under which the right to an effective remedy (Article 13) has been violated concerning violations of the right to life (Article 2), the prohibition of torture, inhuman and degrading treatment (Article 3) and the right to personal liberty ( Article 5) in the case of asylum seekers for whom an order of detention and deportation in Syria was issued in 2010. Furthermore, the ECHR ruled that the applicant’s detention for purposes of deportation for a period of eleven months was unlawful and violates the right to personal liberty and security.

KISA recalls that this case concerns one of 38 cases that are still pending before the European Court of Human Rights regarding a group of Kurds from Syria, who in 2010 were protesting in front of the EU House, in order to receive an international protection status in the Republic of Cyprus. The protesters were arrested and many of them were deported before KISA could file an application through a lawyer for an interim order suspending their deportation to the ECHR, which issued an order in accordance with the Court’s Regulation 39 to suspend the deportation until the trial of their cases by the Court.

Today’s decision is crucial not only for the particular applicant, but for all asylum seekers whose rights are blatantly violated for years. We therefore urge the state to comply with the ECHR ruling, as well as to proceed immediately to the revision of the asylum system and the judicial protection available to asylum seekers in order to comply with European and international obligations. KISA also calls on the state to end its policy of illegal detention for purposes of deportation.

KISA will continue to monitor the authorities’ compliance with the ECHR decision, as well as the progress of the other 37 cases pending before the Court.