Three new convictions of the ECtHR against Cyprus 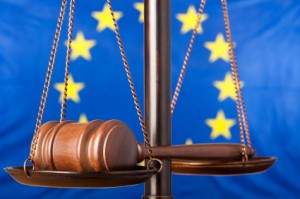 The applications relate to a number of Syrian Kurds who were arrested and detained for deportation purposes as ‘’prohibited immigrants’’ in 2010, despite the fact that some of them were still asylum seekers. In June 2010, the ECtHR issued for the first time in respect of Cyprus, interim measures under Rule 39 of the Rules of Procedures of the Court, suspending the deportation of the applicants.

The ECtHR decided that neither the recourse under Article 146 of the Constitution, nor the Habeas Corpus applications in accordance with Article 155 of the Constitution (at first and second instance) constitute an effective remedy against decisions of detention of asylum seekers and migrants for deportation purposes, since both procedures do not comply with the speediness requirements of judicial review in cases of detention. Furthermore, the ECtHR ruled that the detention of the applicants for a period of time until the issue of detention and deportation orders was unlawful as it was devoid of any legal basis.

The ECtHR confirmed previous case law in the case of *M.A vs Cyprus (Application No. 14872/10), according to which there is not any available effective remedy to challenge decisions of detention for deportation purposes as well as deportation of asylum seekers and migrants.

KISA highlights that until today, Cyprus has not complied with the decision of the ECtHR, since nothing has changed in the judicial control system on the review of the legality of detention decisions, so as to comply with the speediness requirements. In addition, the appeal against negative decisions on asylum application or deportation of asylum seekers does not have automatic suspensive effect therefore violating Articles 3 and 13 of the ECHR.

KISA welcomes the decisions of the ECtHR and calls on the Government to comply immediately with its obligations deriving under Articles 3, 5 and 13 of the European Convention on Human Rights  and to proceed immediately to review the judicial protection system in relation to migrants and asylum seekers in Cyprus so as to be able to avail themselves of an effective remedy.

KISA considers that there is an urgent need to establish special Immigration and Asylum courts, just like in the majority of all other member states of the EU. Such courts should be able to review speedily the legality of detention for deportation purposes, the challenge submitted should have an automatic suspensive effect and they should be able to adjudicate on the merits of the case.

The applicants were represented before the ECtHR by the advocate and board member of KISA, Nicoletta Charalambidou, in the context also of KISA’s activities in strategic litigation in the areas of asylum and migration.