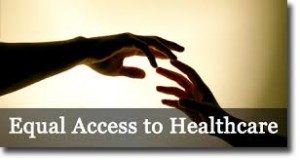 Ms Cyrel Reyes (a pseudonym to protect her identity) has been in police custody since last Monday, 18/07/16,  “regarding the case of abandonment [sic] of a dead embryo”[i] which is under investigation.[i] On account of this particular incident, KISA categorically condemns the attitude held by a major part of the media, which was quick to condemn and publicly slander Ms Cyrel Reyes without sufficient information or a critical analysis of the existing reality, while also stigmatising entire groups of women (migrant women, domestic workers, Filipino women, as well as women in general). Given this opportunity, we would also like to emphasise that, due to the policies and practices of the Republic of Cyprus, which denies them access to basic human rights, like healthcare, migrant women are particularly vulnerable in our society.

We find it especially worrying that a large portion of journalists – upon hearing about incidents that involve migrant women – rushes to judge and condemn them, breaking every code of journalistic ethics and promoting racism, and often misogyny, as well as other forms of discrimination. These public trials are set up in a specific context, presenting certain elements partly and selectively and without any critical analysis of the conditions within which migrant women live and work. This practice targets and vilifies people who are already in especially vulnerable positions and demonises entire groups of people, based on their migrant background, their ethnic origin, their gender, and other characteristics. We are also greatly troubled by how easily our society hastens to try and condemn migrant women on the basis of such publications.

To illustrate this, we noted that in the recent past there have been two similar incidents where migrant women were tried and condemned by people’s courts as “infanticides” and it was subsequently proven that the embryos were stillborn or there was a miscarriage and the women themselves had no access to the healthcare system. Furthermore, in one case, it was revealed that the migrant woman had been pregnant by her employer, without it becoming clear whether her pregnancy was the result of consensual sex or rape. [ii]

The reality that most media organisations do not discuss – and do not even mention – is that the Republic of Cyprus deprives the majority of migrant women who live and work in the country of access to the most basic human rights, like healthcare. Migrant women’s – and especially that of domestic workers – access to healthcare is restricted to private health insurance schemes, which they pay for themselves along with their employer. It is typical that such schemes do not cover, among other things, basic issues, like gynaecological exams and care, prenatal screening, abortion, childbirth, contraception. Combined with the fact that the monthly salary of domestic workers has been set at €309 by the state, it is obvious that migrant women in the Republic of Cyprus are essentially excluded from the healthcare system. The reality is even harsher for undocumented migrant women who do not have health insurance at all and for whom a visit at any state hospital could invariably lead to their arrest, detention, and deportation or even their criminal prosecution.

At the same time, the migrant model adopted by the Republic of Cyprus and especially in relation to the employment of domestic workers, renders migrant women particularly vulnerable to other relevant issues, like dismissal and violence. More specifically, a domestic worker who is pregnant and chooses to give birth is faced with an increased risk of dismissal, which no authority protects her from, although the legislation forbids the dismissal of an employee due to pregnancy. In practice, our experience indicates that, with very few exceptions, domestic workers who choose to give birth lose both their job and their resident status in the country, since their employers dismiss them. As a result, they also lose their living resources, since the Cypriot government denies them access to welfare benefits during the period they cannot work. It is also indicative that, based on our experience, employers often make it clear to domestic workers that they deny them not only that their reproductive rights, but also any right to private life, deterring or even forbidding them from having erotic, sexual, romantic, marital relations.

This context makes migrant women particularly vulnerable to violence, from their partners/husbands, as well as their employers.

KISA believes that what should be troubling us as a society is the fact that migrant women are being deprived of their basic human rights, like freedom, health care, work, social welfare, right to privacy, ownership of their body, and reproductive rights, including the right to abortion, as well as the institutional and social racism and sexism that migrant women experience on a daily basis.

Any women that have no prenatal screening/care and/or resorting to methods of abortion that are not safe, or remaining without health care after a miscarriage, are not doing so out of choice, but because they are forced to by the policies and practices of the government, which deprive them of their right to healthcare, as well as to the ownership and control of their own bodies. At this point, KISA underlines that the right of every woman, including of course migrant women, to abortion is inalienable and should be respected firmly by the authorities.

Finally, in light of all the above, KISA asks for: