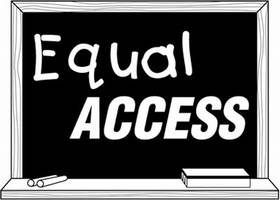 On Wednesday (02/11/16) there were clashes at Lefkara High School between Greek Cypriot students and the children of refugees that reside at the Asylum Seekers’ Reception Centre at Kofinou. The particular incident is the most severe one that has occurred at this school to this day, yet it is in no way an isolated incident. The specific conflict began when a Greek Cypriot student “was disturbed” because a fellow student of Arabic origin “looked at him in a strange way”. Initially, the incident was reported by a student to a member of staff of the school, who, however, did not take the required measures to diffuse the situation. Instead, the management called the police to resolve the issue once the situation had deteriorated severely.

After this conflict, the school’s management, having communicated with the Department of Secondary Education, “solved” the “problem” by temporarily and “indefinitely” forbidding all refugee children to come to the school, regardless of whether or not the children participated in the incidents or not. This decision, aside from exacting collective punishment where individual responsibilities could have been delegated to children involved in the conflict, perpetuates the racist segregation of children based on their ethnic origin, their place of residence, and their residence status in the country. It also collectively prevents children – based on their ethnic origin and their legal status – from exerting and accessing their right to education, as it is defined by the Convention for the Rights of the Child.

Furthermore, the decision exacerbates the feeling of injustice that the refugee children and their parents already feel and that mainly stems from the treatment they have been subjected to from the teachers and the management of the Lefkara High School (as opposed to the positive stance taken towards refugee children by the area’s primary school). Finally, such a decision passes on the message to the children themselves and all of society that the school is the property of Greek Cypriot students, along with whatever that suggests.

Beyond the unacceptable handling by the school management and the Ministry of Education regarding this particular incident, KISA perceives once more that the competent ministries (Ministry of Interior and Ministry of Education) treat refugee children as temporary visitors – both with regard to their presence in education and their broader presence in society. Based on this mentality, the integration of these children into the school environment seems unnecessary and thus, there are no essential and effective programmes to integrate them into education and the school environment. As a result of this practice, a crushing majority of refugee children that are high school students do not complete secondary education, since they feel rejected by their very school and, more broadly, the educational system.

It must be noted that none of the integration programmes funded by the EU funds that the Republic of Cyprus has at its disposal are related to the integration of these children, since these [funds] usually end up in ineffective projects that mainly aim to cover temporary positions of work and to reinforce private business initiatives led by Cypriots, rather than tending to the essential integration of refugees and migrants.

Also, it is worth mentioning that an explosive situation has been created at Kofinou, stemming mainly from the complete abandonment of the refugees residing at the Centre by the state. The absence of effective administration of the Centre combined with the lack of integration programmes for the refugees – especially of children – is further straining the tense situation that already exists and in many cases, spills outside the Reception Centre. Besides, the fact that these children stay in this completely isolated environment in Kofinou, without any substantial contact with other children their age outside the school environment. The total lack of any support programmes for children who have experienced such great losses – both human and material – due to the wars they have fled from and the absence of creative programs, form a substantial obstacle to any effort they make to participate equally in society, and are factors that contribute to such conflict, both within and outside the Kofinou Reception Centre.

Based on the above, KISA requests: