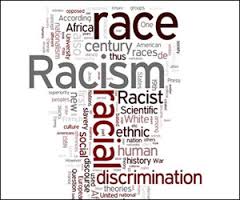 On the occasion of the hijacking that took place on Tuesday, 29/03/2016 on a passenger aircraft of an Egyptian airline which was diverted to Larnaca airport as well as in light of the public discussion surrounding this matter, KISA wishes to publicly resituate its position as regards the institutional discrimination and prejudice faced by migrants who are married to Cypriot citizens.

Primarily, KISA clarifies and emphasises that it does not contest the right of the family of Mr Saif El Di Mustafa to defend against him, in a case he poses a risk to the family members. KISA notes with regret that once again the media reproduce a false interface between independent issues trying, based on the incident, to lure public  opinion, in racist attitudes. These racist attitudes aimed at justifying the deportation policy and violations of rights which the Republic of Cyprus follows with regard to immigrants who are family members of Cypriot/European citizens. At the same time we are observing a sexism recital cultivated by the media and culminated by the Cypriot President with his statement that ‘always there is a woman involved’, rendering all women accountable for any punishable act. Regrettably in the presence of the president of the European Parliament who also seemed to “enjoy” the sexist comment of the President of Cyprus.

According to the publications thus far as well as Mr Seif Eldin Mustafa’s ex wife’s testimony (whose personal details are deliberately not reproduced by KISA avoid as it does not wish to repeat her stigmatization which has been continuous since 29/03/2016), KISA observes the following: On the one hand family matters are raised as to whether or not Mr Seif Eldin Mustafa has been in a position to exercise his parental as well as marital role during his marriage. Furthermore, issues are raised in relation to criminal acts, such as domestic violence, use of regulated substances and possession of forged documents in the past as well as the more recent hijacking. On the other hand, the issue is raised as to the incorporation of  Mr Seif Eldin Mustafa’s name  in the no-entry-list in the Republic of Cyprus and his recurring deportations. As far as criminal matters are concerned KISA reminds that the Republic of Cyprus has criminal proceedings, which could have been/ can be triggered for Mr Seif Eldin Mustafa’s prosecution and conviction or any other person’s who is involved in criminal offences. Criminal and other proceedings are also in place for the protection of the family. However, under no occasion is the deportation and refusal of entry to the Republic of Cyprus to a member of a Cypriot’s family on the basis of an administrative decision in the pretext of the interest of Cypriot citizens.

Based on the many years of experience in migration issues, KISA is very aware of the racist approach by the authorities against mixed marriages. We emphasise that the authorities express an especially hostile attitude as far as mixed marriages are concerned particularly between Cypriot women and migrant men who are not white or/and are Muslims. This hostile attitude is present in almost all sectors of the lives of these people, including their access to residence permit (which seems to be used by the Cypriot authorities as a tool, with which they can deprive them access to basic rights which require the existence of a valid residence permit, by refusal to issue the permit or its lengthy delay), the employment sector, public healthcare, social services and naturalization. As a rule, the relevant authorities reject applications for naturalization by migrant men and, to a lesser extent, migrant women, despite the fact that they satisfy all necessary requirements.[1] KISA has even handled complaints involving mistreatment by the authorities, including racially incited violence, against migrants married to Cypriot/European women.

The institutional racism against migrant men and women married to Cypriots/Europeans is culminated when there exist differences between the spouses or when the marriage deteriorates or breaks. In such cases, migrants risk of having their residence permit revoked or not renewed and by extent their deportation, or even with the unjustified deprivation of communication with their children.[2]

KISA believes that the dominant public narrative, which has been and continues to be, produced on the occasion of the hijacking on the 29th March, cultivates a racist and sexist climate concealing the institutionalized racism and sexism, which the Republic of Cyprus has practiced systematically. KISA calls upon the media, the civil society and the society in general to work in cooperation for the elimination of racism and sexism. More specifically, KISA invites the development of a common policy so that family members of Cypriots/Europeans as well as Cypriots/Europeans who have a family with migrants or are children of migrants to have access to their rights.

[1] An illustrative example is the rejection of an application for the acquisition of nationality by a citizen of African descent and who has been in the country for 33 years, based on the excuse of “inadequate integration to the Cypriot society”. See relevant report by the Commissioner for Administration and Human Rights (Ombudsman)at: http://goo.gl/dr2MDa

[2] An indicative case is one involving a citizen of Pakistan who is the farther of a Cypriot citizen and who has been arrested following actions by his former companion and mother of his child. In this case, the authorities had issued an arrest warrant and deportation against him and attempted, without success, to strip him of his parental rights merely on the basis of the testimony of his former companion and without being called to present his own version of the story. See relevant statement by KISA at: http://goo.gl/yIzv7a