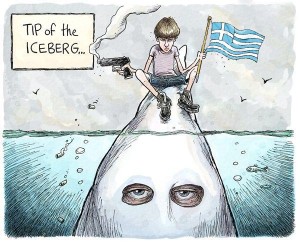 KISA observes with particular interest the recent developments in relation to the attacks against Turkish-Cypriots, which took place on Monday, 16 November, during the protests against the declaration of the “Turkish Republic of Northern Cyprus”. The arrests of 15 students suspected of being involved in the attacks, undoubtedly constitutes a positive development of the case. However, at the same time we emphasize that these incidents constitute the tip of the iceberg in a society in which nationalism, chauvinism, racism and intolerance are being cultivated and propelled.

KISA has, for years, been warning that neo-fascist, neo-Nazi and far-right movements, organizations and political parties similar to ELAM but also individual members of parliamentary groups, exploit the tolerance and lack of political will on the part of the state on matters relating to the combat of nationalism and racism and other similar ideologies. Nazism and fascism are expressed depending on the prevailing circumstances of each society. In Cyprus, they are expressed through hatred against the ‘national enemy’, the Turkish and the Turkish-Cypriots, as well as against the refugees and migrants with their demonization as the source of all suffering faced by the state.

Amidst these circumstances, it is somewhat peculiar to express shock by attacks fuelled by racist and nationalistic motives, considering that racism and nationalism have been cultivated and preserved within the framework of an ‘ethnocentric’ education and of the national ‘patriotic’ political speech. A  share of the blame can be also attributed to the media, which easily and without criticism reproduce news and stereotypes that facilitate the development of ideas which infect society, as well as to the law enforcement agancies for their tolerance in relation to the punishment and combat of criminal offences which are racially motivated.

We consider the fact that the government shows determination for the exemplary punishment of the perpetrators of the recent attacks against Turkish-Cypriots as positive and we hope that the state will insist on prosecution of the perpetrators until their final conviction. However, the investigation cannot be limited to the students but will have to be extended to the examination of the role of the educators in the schools attended by the students and the extent to which with nationalistic and racist speech may have incited this condemnable acts. It must also be clarified that it is now essential that Cyprus proceeds with the drafting and implementation of a long-term plan dedicated to combat racism and other forms of discrimination in the educational system. This plan will have to be formulated based on the participation of all relevant stakeholders, including the civil society, and will have to incorporate all sectors of society, particularly the educational sector.

At the same time, we call upon the government and the state in general to exhibit the required determination regarding all racially incited crimes, even in the case where the commission of these crimes do not constitute a threat to the so called national interests. Finally, we highlight and call upon the state proceed to a fundamental revision of the policies and practices which are followed up to date, with the direction towards the equal treatment of all persons, without discrimination as to race, nationality, sex, religion, sexual orientation or social status.