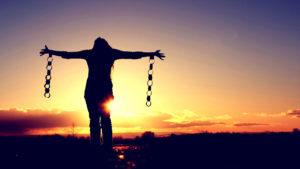 The trafficking in person report published last week by US’s Foreign Affairs Ministry, ranks Cyprus to the highest level – Tier 1, upgrading it to the category of the group of countries that satisfy the minimum criteria for a comprehensive solution in relation to trafficking in human beings[i]. KISA recognizes the positive steps that have been taken during the last year by the Authorities, as far as combating this phenomenon is concerned, and considers that, generally, the said report is objective. Despite that, we estimate that Cyprus continues to face enormous difficulties with this phenomenon, particularly in relation to the conviction of traffickers as well as to victim protection.[ii]

We estimate that one of the most decisive factors that has contributed to the improvement of the efforts in combating human trafficking has been the decision of the Police to recruit the Office of Combating Trafficking in Human Beings with the minimum number of officers that allows the Office to work efficiently. Additionally, assigning to the Office not only the task of evaluating the cases of trafficking, as has been the case until recently, but also the investigation of such cases, has constituted a decisive factor for the improvement of the situation as far as prosecution is concerned.

KISA considers that upgrading Cyprus in the aforementioned Report is primarily due to the persisting action of persons providing different services, including NGOs and Independent Authorities, despite of the state’s actions in relation to the combating of human trafficking.

Taking this opportunity, we wish to congratulate the Chief of the Police for the progress that has been achieved during the last year in the area of prosecution, as well as to congratulate the Head of the Office of Combating Trafficking, Ms Rita Superman, for being awarded as “Trafficking in Persons 2016 Hero”. Indeed Ms Rita Superman shows commendable dedication in the effort to combat human trafficking and has been rightfully awarded for her actions.

Apart from this, we would like to underline that in Cyprus there remain important deficiencies until the phenomenon of human trafficking is adequately addressed. More specifically, KISA continues to identify serious problems in the handling of cases of human trafficking within the justice system.

We highlight that the judges who take up these cases do not seem to be specialized in the specific field, having as a result the rise of significant problematic matters during the prosecution of such cases. At the same time, the penalties imposed on the accused persons do not correspond to the seriousness of the offences they have committed and, most importantly, do not function in a preventive manner for all those involved or with the intention to be involved in crimes of a similar nature. At the same time, the absence of adjudication in the Courts relating to damages for the trafficking victims affects the latter in a damaging way not only financially but also morally, consequently leading to their revictimization.

An illustrative example in relation to the abovementioned problems is the case of a company involved in human trafficking whose purpose was labor exploitation.[iii] More specifically, there was an agreement between the defendants and the Law Office to remove the natural persons from the indictment in exchange of only accusing the company. Following this, the company was convicted and was imposed with a fine, which, however, failed to pay because it went into liquidation. At the same time, the Court did not proceed with the adjudication of damages for the trafficking victims leading to another suit against the state as an effort to assert their rights.

Furthermore, KISA calls upon the authorities to seriously take into consideration the suggestions made in the aforementioned Report, especially in relation to the investigation of potential cases of human trafficking within the fields of domestic and agricultural labor. Up until today, the authorities have had the tendency to not investigate potential cases in the aforementioned fields, since most complaints are merely defined as labor disputes. Because of that, KISA has repeatedly asked for a meeting with the representatives of the relevant services, without, however, any response. We consider, for example, that if no regulations are set in place that would guide the actions and constrain impunity of the private recruitment agencies, human trafficking will not be combated effectively.

As far as the Reporting Mechanism of victims of Human Trafficking is concerned, whose purpose it is to coordinate the relevant authorities, we consider that its adoption constitutes a positive step towards combating this phenomenon. More characteristically, we report the legislation mentions that the victims must initially be referred to the Social Welfare Services so that they will be informed and found their decision as to what steps to follow. Instead of that, the said mechanism sends the victims to the police, despite that this clashes with the legislation, as the relevant authorities deny taking up their responsibilities in line with the law.

Despite the important steps in the protection of victims of human trafficking as these have been taken, according to the Report, during the last year, KISA considers that the State and its institutions must show greater determination in the support of the victims and their integration into society.  It must be clarified that the benefits provided by the state to the victims do not constitute an end in themselves but they are rather a tool of support. The target must be continuous support, protection and empowerment of the victims during the whole process of their cases so that they can eventually function independently and without any danger of being revictimized.

Finally, both the state and the society must continue to be vigilant in addressing this serious crime that offends the basic rights the dignity of the victims, who are, in their great majority, migrants.

[i] See the report: https://kisa.org.cy/trafficking-in-persons-report-2016-cyprus/

[ii]   It is clarified that the said report does not refer to the extent of the problem of human trafficking in each country, but rather to the efforts of each state to combat this phenomenon.