The Non-accidental Suicide of a Syrian Refugee in the Central Prison: Policies leading Syrian refugees to impoverishment and destitution! 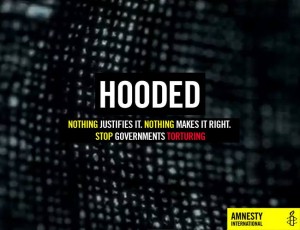 KISA calls the state to proceed to a thorough, effective, and fully transparent investigation of the recent suicide of a Syrian refugee in the Central Prison, including the investigation of any incident of ill-treatment against him prior to his suicide, as disclosed by information provided to KISA. Furthermore, KISA considers the need for independent investigation of institutional discrimination and racism that prevails in places of imprisonment and/or detention of migrants and refugees and the impact of such discrimination/racism on their rights, including their right to life, to be urgent.

The suicide of the Syrian refugee in Central Prison should also lead to the realisation that any policy leading refugees in Cyprus to impoverishment and very often, among other consequences, to imprisonment, or to complete destitution, must be terminated immediately. KISA recalls that a few months ago another refugee from Syria committed suicide in the village of Arodes, due to the indifference of the authorities in Cyprus to respond to his desperate call for help, but also because of his deep concern about the life and fortune of his family.

KISA believes that the above incidents are products of the inhuman policies of the Republic of Cyprus that are in breach of its international and European obligations, and that initially aimed in sending a message that refugees in general and the Syrian refugees in particular are not welcome in Cyprus, and, in case refugees managed and applied for protection, to force them to leave the country “on their own will”, since in most cases they cannot be deported to their countries of origin. Such policies, which through various actions and legal tricks, or even completely illegally, aim in impeding access to asylum, which should have been unhindered, produce “prohibited” or “illegal” migrants, instead of granting protection to refugees and deprive asylum seekers from all of their rights concerning material reception conditions. Moreover, such policies are responsible for the conditions leading many refugees to attempt fleeing Cyprus, even with forged documents, in order to seek protection in other European countries. At the end, such actions are criminalised by the very state that compels refugees to illegality; refugees cannot leave Cyprus legally and therefore resort to such illegal actions, which lead them to imprisonment. At the same time, they obviously have to deal with other violations of their rights that lead them even to suicide.

Even recognised refugees are victims of policies of discriminatory treatment and exclusion, policies that deprive them of access to fundamental rights, including the right to live with dignity in the country that is supposed to protect them.

KISA stresses the fact that the above policies have already led other refugees to go on hunger strike outside the Ministry of the Interior, claiming their right to decent living and full respect of their rights. The hunger strike of that group goes on for 42 days now and may lead to further loss of human lives, since the refugees, having no other way to cope with the complete indifference of the authorities and in the absence of any response by the state towards their rightful demands, is determined even to sacrifice their lives.

KISA calls the state authorities to immediately comply with European and international law, putting an end to the policy of “mere tolerance” towards Syrian refugees, and granting them immediate access to international protection and to their rights as refugees. Finally, KISA calls the state to stop criminalising the right to asylum and to terminate criminal proceedings against refugees, who try to gain access to this right in other countries, because the Republic of Cyprus denies it to them.