The imprisonment of refugees is a crime 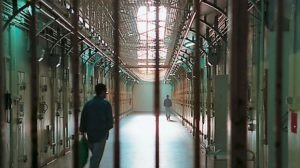 Yesterday, the Paphos District Court ruled in favour of the imprisonment of nine refugees from Syria[i] who had been brought before the court as they were charged for undocumented entry into the Republic of Cyprus and entry to the Republic of Cyprus by an undocumented migrant.[ii] The Court’s decision forms nothing more than an ill-disguised attempt to criminalise refugees under the pretext that in the past they were undocumented migrants in Cyprus. This unacceptable treatment of refugees by the Cypriot authorities violates a great number of international conventions and provisions mapped out in European and national law, including article 7 of the Refugee Law.[iii]

The irony – proving how tragicomic the entire situation is – becomes clear when we consider that the aforementioned Court decision was made on the same day when an Iranian refugee facing the same charges as the Syrian refugees was found innocent by the Famagusta District Court[iv], precisely because of his status as an asylum seeker/refugee as dictated by international and European law.

The difference between the two cases lies in the fact that the Iranian refugee was granted the rights that are both obvious and predicted by statute: Access to an NGO that provided him with independent and impartial information, as well as the right to legal information and effective representation by lawyers, who were clearly qualified to deal with cases regarding refugees and international protection.  On the contrary, in the aforementioned case, the nine refugees from Syria were led to court without effective representation or independent information, which resulted in their being sentenced to imprisonment.

In the past two years, the Ministry of Interior, using various excuses, has not allowed KISA to contact newly arrived refugees. This practice by the Ministry of Interior constitutes a blatant breach of Directives 2013/32/EU[v] και 2013/33/EU[vi] that deal with the right of applicants for international protection to access independent aid and information.  The most recent example of this practice is the fact that KISA was denied permission to access the Pournara camp in Kokkinotrimithia which the refugees arriving in Cyprus on 9 November were transferred to. Although we forwarded our request in writing (in a letter dated 10 November) to the General Director of the Ministry of Interior, to this day and despite repeated efforts, no one from the Ministry has responded.

It is worth noting that we have already made formal complaints to the competent domestic and European institutions[x], regarding the refusal of KISA’s entry to ‘Pournara’ as well as all the aforementioned incidents.

In light of all the above, KISA asks:

[i] See a relevant article (in Greek):https://goo.gl/su3dff