The good, the bad and the ugly: Arrest of Syrian refugees, an operation by the police, fuelling the extreme right 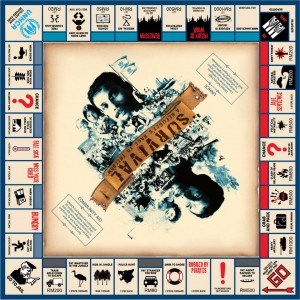 On Saturday, February the 1st 2014, the Cypriot police arrested fifteen people from Syria (four small children, an unaccompanied minor, three women, one of whom is pregnant, and seven men) in the village of Pyla, on charges of “illegal entry, transit and residence in the territory of the Republic of Cyprus”.  Two of the seven Syrian men, who are lawful residents in Cyprus, rushed to help their relatives. KISA – Action for Equality, Support, Anti-Racism denounces and condemns the unacceptable way this case was publicized, as the fifteen refugees from Syria were presented as “illegal immigrants” and the two relatives as “smugglers”, [1] fueling once again the xenophobic rhetoric and racist propaganda of extreme right. [2]

To be specific, KISA denounces the police for falsification of the facts and misleading the public opinion, since the facts are totally different than presented. Among the Syrian refugees there was a woman with two children, whose husband is already residing in Cyprus. The husband received a phone call from an unknown person, who reported to him that “they brought his wife and children to Cyprus and will transport them to his house in Nicosia”. In a very short time he received a second phone call and this time he was asked “to go in two hours to a specific location at Lympia village to meet his family because they could not be transported to Nicosia”. Due to the fact that the husband was in Nicosia and could not go to the specified place, he called his two brothers, who are lawful residents of Larnaca, and asked them to go to Lympia to meet his spouse and children. When the two brothers arrived there to meet the sister-in-law and their brother’s children, aged three and four and a half, the police awaited them, who seemed to be the ones who had phoned the father to entrap him and to arrest his two brothers on charges of “procuring and smuggling”. According to the statements of the arrested people, “the TV crews were already present on the spot to capture the great police success”. [3]

KISA denounces the police’s stance, who delayed the arrest, in order to inform the media and to move to the specific area where the events were recorded as a “coordinated operation to locate and arrest illegal immigrants and smugglers” by the Cypriot police. The inhumane treatment of Syrian refugees by the Cypriot police, inter alia, resulted in splitting of families and the separation of children from their parents. In particular, the custody of two children of one family was given to their father, who lives in Nicosia. However, due to the fact that the father is staying and working in Cyprus for two and a half years, the two children, aged four and a half and three years, did not recognise him. Indeed, as a result of the turmoil, one of the young children harmed himself on his hand and was rushed to Makarios Hospital in Nicosia, where he continues to receive treatment. The two children of the second family who was arrested were removed from their parents’ custody and they were subsequently placed under the custody of the Social Welfare services, while the unaccompanied minor is in an isolated cell of the Lakatamia police detention centre.

At this point it is also worth noting that the two women were released today by the police, upon completion of their detention, but instead of being able to be reunited with the children and their family, they were driven back to the police detention centre, with administrative detention and deportation orders issued by the Director of the Civil Registry and Migration Department, who considers the two women “illegal immigrants to be deported back to Syria”. The seven men are still in detention. [4]

KISA categorically condemns the above and requests:

Finally, KISA sends yet another appeal to all media – particularly television stations that went to the spot in order to record the arrest of the Syrian refugee family – to find a way which will make the whole affair consistent with the code of journalistic ethics and morality, as well as the responsibilities that fall on them regarding fuelling xenophobic and racist propaganda rhetoric of extreme right.

By the end of 2013, there were over 2 million recognized refugees, several other million were displaced inside the country and another 10 million are in despair, without food and shelter, while the total population of the country is just 23 million. It also estimated that 100,000 have been killed during the fighting and many more have been injured or disappeared. Dissent: A Quarterly of Politics and Culture. “Syria in Fragments: The Politics of the Refugee Crisis” by Omar Dahi, Winter 2014: http://www.dissentmagazine.org/article/syria-in-fragments-the-politics-of-the-refugee-crisis 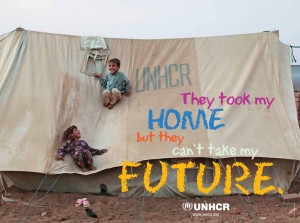