The feast continues, but this time it concerns citizenship 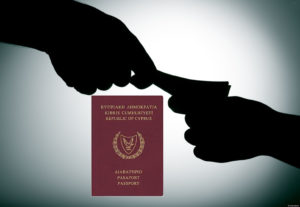 KISA welcomes the decision of the Ministry of Interior (MoI) in relation to the overcoming the long-term problem regarding the limited access to acquisition of the Cypriot citizenship, including the great delay in the examination of the relevant applications. Within the framework of this decision, there has already been set in effect an examination procedure of all the pending applications within the next few months. Despite all of these, we express our deep disappointment in relation to the fact that the necessary measures had not been taken for the decision to be implemented in a way that leaves no margins or even to  encourage  the exploitation of the migrants and refugees in question by rings of corruption.

One of the most serious and long-term issues that migrants and refugees face in Cyprus is their non-substantial access to the Cypriot citizenship. Particularly for those persons who have submitted their application on the basis of their long-term residence in the country or on the basis that they are family members of a cypriot citizen, the average time to process an application being between 7-10 years. These individuals usually resided in the country without a residence status that would ensure them essential access to basic rights.

At the same time, in many cases, persons who were elligible and resided in Cyprus for over 15 years, had their applications rejected without sufficient reasons being given for such decisions as required by the provisions of the relevant legislation. As far as persons under international protection are concerned, they had, until recently and on the basis of political decisions, no substantial access to the acquisition of the Cypriot citizenship.

Because of these issues, there have recently been some changes in order to improve the whole situation. Firstly, there has been a partial solution to the problem, particularly as far as family members of Cypriot citizens are concerned, following the adoption of a relevant legislation by the Parliament that provides the Minister of Interior the discretion to give access to the Cypriot citizenship. Secondly, the political decision that denied access to refugees to the Cypriot citizenship has been abandoned, after the pressure that has been exerted by the mobilisation of groups of refugees. Thirdly, a solution to the issue of the excessive delays of the applications regarding naturalization of persons that do not fall within the special categories, is attempted to be given through the provision of opportunity to employees of MoI to examine applications outside regular working hours.

Despite any political will to overcome the long-term problems, the manner of implementation of decisions, withholds from including measures that restrict or exclude phenomena of exploitation of the migrants and refugees involved.

As far as measures that have been taken in relation to family members of Cypriot citizens are concerned, the unclear legislative measure and the transferal of the issue to the discretionary power of the minister, is often transformed into a tool in the hands of those profiteering and attempting to have a personal gain, quoting personal or political liaisons.  In each case, any ‘discretionary power’ raises questions regarding fairness and transparency.

Furthermore, the responsibility of the Authorities in the exploitation of the persons eligible to the Cypriot citizenship is further noticeable by the fact that it was not considered necessary for the intention of the MoI to be made public regarding the immediate examination of all the applications. This exact fact is what leads to abuse by those who promise to end the long-term waiting of those eligible in exchange of many thousands of euros, depending on the case and of the financial situation of the person in question. It is in fact in KISA’s hands a voice recording in which a person who is presented as a ‘consultant’ asks the details of a migrant in order to ‘check his file at the Ministry, within a day’ as regards his case, so that he will be in a position to letting him know how much his services will cost.

The lack of information in relation to the procedure that has been set in motion and especially the lack of clarity in relation to the order of the examination of the applications, as well as to which officer is examining them, similarly raises serious questions about phenomena of corruption part of which may be social servants. In fact, KISA is aware of individuals who have recently applied, without belonging to any special category and have already received a response to their application. At the same time, we are handling another case of a refugee who has been residing in the country for 20 years and despite the promises received from the General Director of MoI for the last 3 years, his application for citizenship is still pending.

In the light of all of the above, KISA calls:

Further, we call upon the MoI: