Sexism “the elephant in the room” 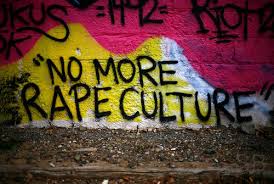 KISA strongly condemns the despicable sexual attacks against women, on the New Year’s eve,  in Cologne and other German cities. KISA also condemns the instigation of racism on the pretext of these sexist attacks. It is with deep regret and great disappointment that we observe  that these attacks, instead of being utilized  for starting a dialogue and taking effective measures against sexism prevalent  in our societies, they have been turned to a pretext for further targeting migrants and refugees.

The majority of newspaper and other media articles and accounts and public statements are focused on the claim that some of the perpetrators originate from African countries or are Syrian refugees. These speculations, as well as the focus on the ethnicity of the perpetrators, are disorienting and misleading,thereby shifting discussions from anti-sexism to racist scaremongering. Sexism, which is the real cause of the sexist attacks, is conveniently left aside, while  an extreme racist climate is being developed that attempts to erase or to reverse the positive efforts that the German society has been making  for the protection of refugees.

In addition, important information has been largely suppressed by a large section of the media, political parties and other organisations. Indicatively, it is noted that the attacks on women, on New Year’s eve took place in a region of Cologne (around the main train station), where in the last three years some 11,000 attacks have been recorded, the perpetrators of which share only one common characteristic – they are all male. The large numbers of these attacks constitutes a proof of tolerance and incitement of gender-based violence by the state and society. Furthermore, according to statistical data of the German police, a high percentage of sexual harassment against women is recorded during several large public events such as Oktoberfest or during the carnival period.

The fact that 60% of women in Germany have experienced sexual violence and 25% of women are exposed to domestic violence show that sexism and gender-based violence are well-rooted phenomena in the country, as indeed in most Western countries. Meanwhile, police inaction during the attacks confirms the apathy of the law enforcement agencies and society at large towards sexual violence that is systematically concealed.

KISA considers that sexism and gender-based violence in the context of patriarchal societies should be approached as important issues  that need to be immediately and effectively tackled, without scapegoating migrants and refugees.

It is important to note that the political formations which are opposed to women’s rights and are in conflict with feminist movements and their demands. A specific example is the right-wing Alternative for Germany Party (AFD), whose political agenda includes the promotion of  legislation  to limit women’s access to abortion and oppose the active participation of women in public life.

Sexism and racism are interrelated and should be dealt with seriously in their  entirety, through inquiry and analysis into the causes and factors that create them as well as with the adoption and effective implementation of policies and measures. Of course, such phenomena are evident in every community and group of all societies, including those of migrants and refugees. However, the selective and targeted presentation of every migrant and refugee as a potential aggressor that should be evicted from our society so as to restore our sense of security, not only does it not  contribute to address the main cause of sexual harassment and other crimes against women but it actually helps in promoting racism and xenophobia.

Finally it is widely known that sexism is prevalent  in every domain of the Cypriot society as well. Sexual harassment, rape, domestic violence and murder are its most repulsive forms. It is also important to recognise that a large proportion of people subjected to such crimes are migrants and refugee women. The majority of these women do not report this violence against them because they know about the state’s and society’s tolerance  of sexist violence as well as the indulgence towards perpetrators. Besides, the way that the state has handled  Ms Charalambidou’s report of sexual harassment by her colleague, Mr Kyprianou, and the failure to bring the perpetrator to justice, leaves no doubt as to the extent of gender and misogynistic violence in Cyprus, as well as the apathy of the state to  combat such phenomena.