Serious violations of detainees’ rights in the Mennoyia Detention Centre 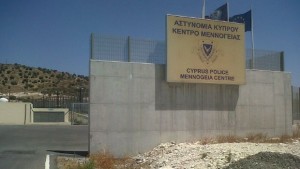 On Friday, 08.05.2015, a delegation of KISA visited and talked to a number of detainees, the majority of whom are currently on a hunger strike. Unfortunately, the findings of the meeting confirm the findings of our previous meetings concerning several serious violations of the rights of detainees.

It has been confirmed, for example, that the issue of third country detainees whose deportation is impossible remains unresolved as they are detained “for the purpose of deportation” while there is no real prospect of deportation. These individuals are being arrested even though the authorities know in advance that they cannot be deported. Subsequently, after their arrest, they are detained for a significant amount of time and they are released without any substantial possibility of regularizing their stay in the country. As a result, they are arrested again as undocumented migrants. Apart from them, their families are also victimized in this vicious cycle.

Moreover, there is a serious issue with third country nationals that are family members of Cypriot or European citizens. Indicative is the case of Mr. Md Alias Hussein, who is being detained on the grounds that his marriage to a European citizen has been considered by the competent authorities to be “a marriage of convenience.” After this development, he hired a lawyer in order to file an appeal against this decision, but, because of the case being mishandled, the deadline for an appeal expired and Mr. Hussein was arrested and then detained in the detention center in Mennoyia.

In another case, a citizen of Pakistan is arbitrary detained, although he has a child, who is a Cypriot citizen. This individual was arrested after actions of his former partner, who is also the mother of the child.  It seems that she has a family relationship with former and current officials of the Aliens and Immigration Office. In this case, the Ministry of Justice and Public Order has issued an aggravating statement against this person based entirely on the testimony of his ex-partner, while he was never called to present his own version of events. Moreover, we believe that this statement is illegal and abusive, since matters of such nature are not within the competence of the Ministry of Justice and Public Order.

Moreover, the above mentioned statement was used both to convince the Ministry of Interior to issue arrest and deportation orders against him and it was even used in a failed attempt to remove his paternal rights in judicial proceedings. We want to stress that in case the Ministry of Justice and Public Order was aware of the intentions of the mother of the child to misuse its statement in the Family Court, then the officers involved are accomplices. It is worth noting that the Commissioner for the Protection of Children’s Rights and the Ombudswoman are examining the case for violations of children’s rights and of the rules of governance respectively.

Significant violations occur and in the case of a detainee with psychiatric experience. More specifically, the detainee, upon his return to the detention center after visiting the hospital of Athalassa for treatment, was refused food and he protested. There was tension between him and members of the staff, who abused him. Finally, the detainee was accused and prosecuted based on the testimonies of members of the staff at the detention center.

In the light of all of the above, KISA demands: