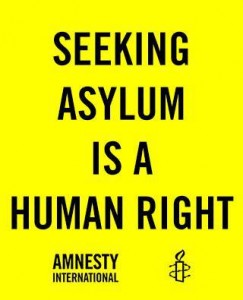 KISA – Action for Equality, Support, Antiracism considers as a positive development the government’s recent announcement on the framework reform of the welfare system and social solidarity, made by the President of the Republic and the Minister of Labour and Social Insurances, as it recognizes the need for reforming  the welfare state, through the introduction of the “guaranteed minimum income”, the restructuring of the benefits policy and the overall effort to improve the incongruities of the existing welfare system.

Furthermore, KISA notes that a comprehensive, targeted and effective reform of the welfare state is not only necessary but must be implemented in the context of a modern, democratic, multicultural society, where the principles of the rule of law and equality are prevailing. Social cohesion and solidarity will not be ensured if social policies do not include the entire population and especially if they continue to lead to the marginalization and exclusion of a large part of the Cypriot society. For this reason, KISA believes that social policies should be based on the principle of equal and fair treatment, without any discrimination and exclusion.

Unfortunately, the fact that the Minister of Labour and Social Insurance considers that this reform is already underway, with the “rationalization of the benefits granted to asylum seekers”, as “the relevant laws have been amended and the benefits have decreased, part of which will now be given in the form of vouchers”, [1] leads to the conclusion that the steps taken thus far now are leading to the opposite direction. In particular, although in its announcements the government declares its intention to initiate a dialogue with all interested social groups, this has not materialized in the context of the amendment of the system for the provision of material reception conditions to asylum seekers. Moreover, while the government states that “the philosophy of the new benefits policy is based on the principle that the state should be able to guarantee decent living conditions to all citizens who really need support”, [2] the amount of public benefits granted to the vulnerable social group of asylum seekers not only will not guarantee them decent living conditions, but instead it condemns them to living in poverty, scarcity and misery.

In conclusion, KISA notes that if the government proceeds in the same direction, its promises about equality and protection of vulnerable groups will not be implemented and will remain a blank check. If the specific provisions for the reform of the welfare system   are indeed implemented without amending the provisions of the recent legislation on the benefits policy for asylum seekers, then this will be obviously a form of discrimination, marginalization and exclusion of third country nationals, as this policy will be based on racial segregation on the basis of racial or ethnic origin. And this will be on top of the fact that the Republic of Cyprus is the only member state of the European Union in which migrants who live and work lawfully in the country – and thus contribute substantially to the financing of the welfare state – they have no access to the benefits issued therefrom. 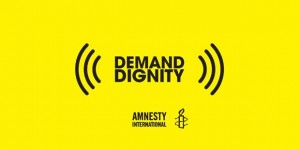