Reception conditions for refugees do not guarantee decent living conditions 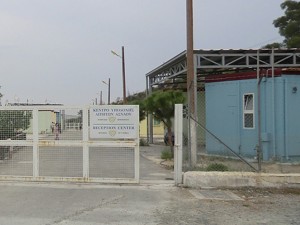 KISA underlining the concerns expressed by the Council of Europe Commissioner for Human Rights, Niels Muznieks during his recent visit in Cyprus, expresses publicly its strong concerns in relation to the level of the reception conditions of refugees in the island, which by no means do they guarantee decent living conditions as it is provided by legislation and by the European acquis. In fact, the existing conditions that prevail at the reception centres today exacerbate, in some cases, the already traumatic experiences that the refugees have experienced in the past. As we have noted, serious problems arise at the Reception Centre for Asylum Seekers in Kofinou as well as at the Pournara Reception Centre in Kokkinotrimithia.

The Pournara Reception Centre is being arbitrarily, transformed from an initial reception centre dedicated to cover for basic needs, to a reception centre of asylum seekers, without however having the necessary infrastructure and facilities but also lacking the required legal framework that regulates its operation. Further to the unacceptable material conditions that prevail in the said centre, which are inconsistent with the conditions provided in the European and national legislations, here is a serious issue in relation to the management of the aforementioned centre.

Since last August, KISA has reported, through a letter to the Interior Minister, the participation of a person in the management of the centre who has previously been involved in incidents of violence against an underage refugee and against a volunteer at the centre. Unfortunately, instead of his removal from the position and the imposition of an exemplary punishment, this person remains at the centre, while KISA’s complaint against his illegal actions and behavior, has led to a vengeful and illegal obstruction to KISA’s access to the centre and the refugees. At the moment, these issues are before the Attorney General and the Chief of the Police who, as we hope, will address the issue.

As far as the Reception Centre of Asylum Seekers in Kofinou is concerned, it is evident that most of the problems derive from the lack of coordination and effective management, an issue that warrants immediate and effective interventions and actions on behalf of the state. Further, the overcrowding by such a large number of persons and families with different needs and special characteristics and in the absence of appropriate management policies and balanced dynamics, which are created at the centre by sufficient and especially trained staff, constitute important factors that cultivate and intensify conflicts and lead to higher victimization risk of the most vulnerable refugee groups, such as single-parent families and children. Additionally, the unsuitability of the infrastructure, the architecture and location of the centre, are further factors which create more problems.

Furthermore, serious concerns are raised in relation to management policies that lead to the institutionalization and strengthening of discrimination against the most vulnerable groups who reside at the centre. Specifically, the placement of a translator at the centre, who belongs to the ethnic and linguistic group with the most dominant position and hegemonic behavior at the centre, is all but helpful.  This problematic situation is further enhanced with the decision of the management to assign him the role of a mediator between the refugees and the Asylum Service, bestowing upon him a significant amount of power. Additionally,  the fact that the translator is a man, it does not take into account the gender dimension and leads to the exclusion and marginalization of refugee women at the centre.

Additionally, there have been identified serious problems in relation to the education of refugees’ children at Kofinou. More specifically, children who attend High school are arbitrarily being placed in classrooms with students who are two years younger than themselves, without any integration measures and support within the educational and school environment. Many children feel that they are being ‘dumped in the classroom’ and they report experiences of extreme neglect from their teachers and racist behaviors by their peers.

In light of all of the above KISA asks: