Racist attack and violence against migrant by the police 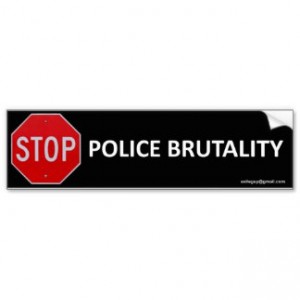 KISA publicly denounces a new incident of racist violence, inhuman and humiliating treatment against a migrant by members of the police. More specifically, according to a Cypriot citizen that witnessed the incident, two policemen called a migrant  walking in front of them to stop and when the migrant turned towards them one of the two policemen hit him so hard on the face that the migrant fell to the ground. Then the policemen handcuffed and arrested him without any resistance or action from the migrant’s side.

According to the witness, whose contact details are held by KISA and who is willing to testify about the above, this new incident of racist violence happened this morning in Gregori Xenopoulou Street in Nicosia.

KISA is not surprised by the continuous violence by the police, as the competent authorities have demonstrated that they are either politically unwilling or unable to bring to justice such illegal actions by members of the police.

The most obvious example of this situation of impunity was the acquitting of the policeman that in November 2013 abused a recognized refugee from Ivory Coast and broke  his leg, simply because he had asked him if he was stopped for checking  his documents just because of his skin colour. The victim denounced immediately the incident to the authorities as there was also a video witnessing the facts. Despite the complaint by the victim, the policemen were acquitted.

In addition to the public denouncement, KISA has also reported the incident to the Commissioner for Administration and Human Rights (Ombunswoman) as well as to the Independent Authority for the Investigation of Allegations and Complaints against the Police.

In view of this new incident KISA calls for: