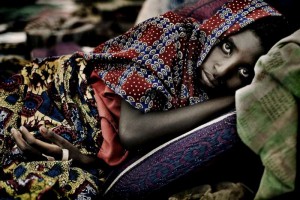 This year, World Refugee Day finds humanity facing an unprecedented humanitarian crisis since, as shown by the annual (2014) Report of the UN High Commissioner for Refugees (UNHCR), the number of people who are away from their homes and homelands exceeds 60 million.

The lack of substantive measures to address the causes that lead to the violent uprooting of millions of people worldwide, leads to an increase in the number of those that are being displaced. The refugees, struggling to survive, are forced to leave their homes in search of a new “homeland” in which they, and their children, will be able to survive, to live, to make dreams. It is worth noting that, as military conflicts, fundamentalism, gender-based violence, persecution and large economic disparities between “economically strong” and “economically weak” countries continue and intensify, the number of refugees will further increase.

However, refugees who hope to find salvation in Europe, thinking of our continent as a human rights haven, are treated as invaders in a continent whose borders are policed so as to prevent the entrance of these same people. Unfortunately, not even the recent tragedies in the Mediterranean Sea have managed to insight change of this policy.

Also, we need to take the treatment of refugees by the Cypriot state under serious consideration. The Cypriot state impedes the refugee’s efforts to start a new life by the absence of adequate integration and equal participation policies, which leaves them, in their majority, living in appalling conditions, without a real chance for a better life.

Therefore, when the politicians and state officials celebrate the World Refugee Day, they should turn their gaze to the refugees living in Cyprus. They should look at the stateless Kurds from Syria which are on hunger strike, outside the Ministry of Interior , for 53 straight days, asking for the obvious, that they should be recognized as refugees.

On the occasion of the World Refugee Day, we call on the EU to fully review its policies on border policing and its intention to externalize its Asylum obligations in order to fully block the refugees from passing on European soil.

Instead, the European Union’s policy on the refugees’ issue should primarily aim at:

KISA calls on the Cypriot Government to abandon the current practice of granting subsidiary protection instead of recognised refugee status to refugees from war zones in Cyprus and to adopt procedures which will ensure the fair examination of all asylum applications.

At the same time, we urge the state to develop a comprehensive integration policy to ensure the equal participation of refugees in society, which includes access to housing as well as opportunities for the acquisition of  the Greek language which is imperative for their autonomy within the frame of Cypriot society. In addition to this, we need to install an effective program for the integration of the refugees in the labor market which will include the recognition of their professional qualifications and skills.

We hope for the 20th of June this year, to mark the beginning of a new policy that recognizes and addresses the human rights of refugees, based on the principles of the relevant international and European conventions.