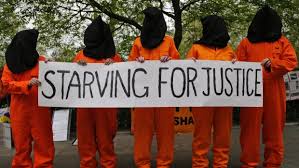 Two members of the Hassan–Janbali family – stateless Kurds from Syria for months protesting outside the Presidential Palace – are on hunger strike as from 6/6/2017. The state health services regularly monitor and provide care as the condition of their health is deteriorating. Today is the 46th day of their hunger strike and the doctors have recommended the hospitalisation of one of them as a result of his medical tests. However, he refuses to leave the protest.

Since the assumption of his duties, the new Minister of Interior avoids to deal with the matter, despite the previous Minister’s commitments for the review of the protesters’ applications for citizenship. It is noted that the UNHCR has submitted a report calling on the Minister to proceed to review his predecessor’s decision. Non-Governmental Organisation have also called on the Minister to respond positively to the protesters’ fair demand. According to the law, the protesters meet the criteria for obtaining Cypriot citizenship. The Minister knows that the rejection of their application cannot stand legally but he is exercising his discretionary power provided by the law in bad faith and has not as yet replied to the family. He even refuses to set a meeting with the Director of the UNHCR, despite the latter’s efforts, and does not respond to the appeals of the Chair of the Parliamentary Committee on Internal Affairs for dealing with the matter.

KISA considers the Minister’s stance to be unacceptable as he clearly avoids to decide on the strikers’ demand, thereby risking their health and lives in the hope that they will somehow be forced to stop.

KISA calls on the Minister of Interior to realise the risks involved, stop playing with the strikers’ health and lives and to immediately respond to their fair demand for citizenship.