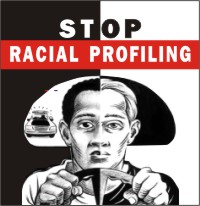 KISA- Action for Equality, Support, Antiracism reports a new incident of racial profiling and police abuse against an immigrant by an officer of the Cyprus Police Urgent Response Unit. At the same time, KISA demands for immediate and strict measures against the policemen involved and calls for a zero-tolerance policy against any form of racial profiling and police’s arbitrary action.

The incident occurred on Saturday, 8 of March 2014, around 10 in the morning. More specifically, as Mr. TR was walking to go to his workplace, when policemen in a police vehicle of Cyprus Police Urgent Response Unit stopped him in a central street of Old Nicosia. One of the three policemen asked him “Hey where are you from?” TR responded that he is from Pakistan and then a policeman pushed him against the wall, hit his face with both hands and asked him “Hey do you have papers?”

Mr. TR tried to explain how he forgot his papers at home, but before being able to say anything, the policeman commanded him to sit on the pavement and gave him a paper to write his name and date of birth. When he wrote his details and handed them to the policeman, Mr. TR mentioned that he has been staying in Cyprus for the past 14 years, he is married with a Cypriot woman and they have one child. The policeman asked Mr. TR to give him the name of his wife. Once Mr. TR gave to the policeman the identification details of his wife, the three policemen moved aside and made a phone call.

Subsequently, they approached again Mr. TR who mentioned he always carries his papers, but on that specific day he had forgotten them while being on the rush. The policeman responded “You should carry your papers with you at all times”. Mr. TR responded saying “You asked for my identification details and I gave them to you. I am asking you why did you hit me? Because I am from Pakistan? Because of the colour of my skin or because I am waking on the street to go to my job?” Then the policeman hit him and asked him in an ironic manner “Do you have any complaint? You could go anywhere you want I will find you and I will place drugs in possession and you will go to prison for the rest of your life”. Then, one of the other two policemen said “Hey someone with a child is coming, we have to go” and the three members of the Cyprus Police Urgent Response Unit got into their car and left.  On the same day, Mr. TR along with his wife and two other relatives went to the Police Station of Paphos Gate to file an official complaint against the member of Cyprus Police Urgent Response Unit that had hit him.  However, the policemen involved in the investigation of the case, including high ranked officials, made every possible attempt to cover up the incident using as an excuse “It will bring the police into disrepute”. In parallel, they attempted to convince the complainers not to ask the criminal prosecution of the member of Cyprus Police Urgent Response Unit with the excuse that “Disciplinary action will be taken against him”.

Lastly, KISA calls on the Republic of Cyprus in its entirety to ensure that this phenomenon of covering up of members of the police force who engage in such crimes, as well as in the targeting, abuse and in some instances the prosecution of victims of police violence and mistreatment, is completely eradicated.