The Republic of Cyprus continues to deport members of European citizens’ families. The night before yesterday, the husband of a European citizen and father of two infants was deported.

The family has been living in Cyprus since 2011, when M.K. married M.R.A.A. in a religious ceremony. Then they had a child followed by another one. Due to her pregnancies, M.K. couldn’t work and so couldn’t register as a European citizen residing in Cyprus. The fact that the family was not granted a permit to register as the family of a citizen of a member state of the European Union made it impossible for M.R.A.A. to find work, in spite of his multiple efforts. At the same time, M.K. was not permitted to register as a European citizen without being economically active because the criteria demanded private health insurance and deposits of “sufficient amounts” in banking establishments. The family was not able to provide such documentation because they lived and continue to live in impoverishment with the help of the church and members of the local community. In this way, the family was trapped in a vicious cycle, since the confirmation of M.K.’S registration and the residence permit of M.R.A.A. depended on M.R.A.A.’s permanent work status and at the same time, M.R.A.A.’s potential to find permanent employment depended on his residence permit. Through a letter to the Minister of Interior, M.K. had asked to be excepted from the above requirement and for permission to be granted to her and her family to register as a European national residing in the Republic of Cyprus and by extension, her husband as a member of her family, allowing him to find work, but she didn’t receive a response.

Ten days ago, an official from the Social Welfare services visited the family. She knocked on the door and introduced herself as “social welfare office”, and so they let her in, but she was accompanied by four police officers from the police station of Nicosia, who proceeded to arrest M.R.A.A. in the presence of their underage children. Subsequently, M.R.A.A. was detained and finally deported the night before yesterday, in spite of the fact that M.K. submitted a complaint to the Ombudswoman in relation to this and her complaint was pending examination. As a result of the above treatments, M.K. remains in Cyprus with the two infants, without any source of income and the family has been broken up by force and illegally.

Unfortunately, the brutal treatment and break up of this family is not an isolated incident, but it seems it is a return to previous policies and practices, which result in targeting families, even or particularly of European nationals, especially with underage children, in order to expel people who don’t have a Cypriot background from the country.

KISA – Action for Equality, Support, Antiracism, having made repeated efforts to converse with the Ministry of Interior to resolve these issues but to no avail, reports the practice of targeting families based on their ethnic background. In view of this continued policy and the lack of response from the ministry, KISA announces it is in the process of submitting a complaint to the European Commission against the Republic of Cyprus.

1)    The Ombudswoman, who has already received a report from M.K., to examine the circumstances under which M.R.A.A. was arrested, detained and deported, and the breakup of the family, taking into account that this involves the family of a European citizen.

2)    The Commissioner for the Protection of Children’s rights to examine the violation of the right of the two children in the family to family life.

The Minister of Interior to give M.R.A.A. permission to return to Cyprus to be reunited with his family. 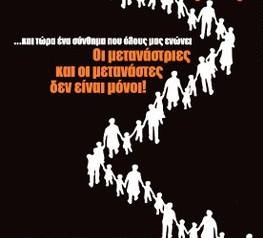