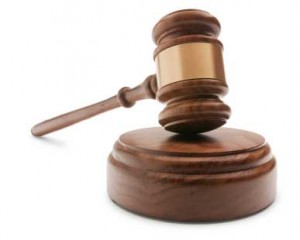 The Supreme Court’s decision dated November 25, 2015, annulled the detention and deportation orders against a citizen of a non-EU Member State, who was held illegally in the detention center for irregular migrants in Menoyia for approximately 9 months. Despite this decision, Mr. A.M. was released with a delay of two days and after the decisive intervention of KISA. It is noted that the Supreme Court’s decision was notified in written to the Acting Director of the Civil Registry and Migration Department (CRMD) immediately after its adoption.

According to the Court’s decision, the Acting Director of CRMD did not follow the statutory procedure defined by the law and the European legislation for the deportation of Mr. A.M., since he didn’t issue a return decision, he did not provide him a deadline for a voluntary departure while the Director issued a detention order without examining whether the law conditions are supporting the issue of such order. The conditions of the above law concern whether there is a risk of escape and whether the detention really serves for an immediate deportation and therefore is considered essential for the execution of the deportation.

Unfortunately, we have found that the practice followed by the Acting Director of CRMD in relation to the issue of detention and deportation orders is not an isolated incident and it conflicts with the letter and spirit of the European Return Directive (2008/115 / EC)[i]. The philosophy of the directive suggests that the deportation and detention shall be regarded as a last resort measure to be applied only when the deadline for voluntary return is exhausted while the detention is necessary in the absence of any alternative and if the authorities of the state have the opportunity to proceed immediately to the implementation of deportation.

Regarding the delayed release of Mr. A.M., this reveals the negligence of the Acting Director of CRMD in his obligation to comply immediately with the decision of the Supreme Court. It is noted that in other cases, the same person has invoked decisions of the Supreme Court in order to justify the policy followed by the CRMD.

Regardless of this particular incident, KISA finds that the overall performance of the Acting Director of CRMD raises serious concerns about whether this person can successfully perform the tasks assigned to him.