Need for the immediate investigation of homophobic, sexist and racist motives behind two attacks and abuses in villages in the District of Limassol 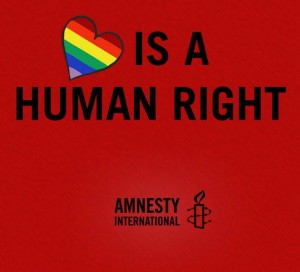 KISA – Action for Equality, Support, Antiracism notes with concern the need for the immediate investigation of homophobic and racist motives behind two recent attacks, which led to abuses in villages in the District of Limassol.

The first incident involves the savage attack against a homosexual couple of EU citizens by some 10 Cypriot men. During the assault, the attackers beat the couple, while shouting homophobic insults. The couple reported the incident to the local police station on the same day. While the police have brought charges to three persons for assault and causing grievous bodily harm, they have not investigated the possible racist and homophobic motives of the crime. At the same time, the couple, as they informed KISA, asked and insist for the prosecution of all the perpetrators but the police advised them not to insist on the prosecution of all those who participated in the attack and to testify only against the three perpetrators charged.

The second incident involves the brutal attack against a family of European citizens by a group of 20-30 Cypriot men and underage youths, led by family members of a local village dignitary. During the attack, which took place outside the assaulted family’s house, the attackers beat three family members, while shouting xenophobic insults and racist threats. Prior to the incident, one of the attackers, who belongs to the close family of a local dignitary, had sexually harassed a woman of the family attacked. Police officers from the local police station arrived at the place of the attack, took relevant testimonies and then took the injured people to Limassol General Hospital. Subsequently, the police called two suspects to the local police station for questioning and charged them for causing unrest and disorder.
The same charges, however, were also brought against the victims of the assault because the attackers claimed that they had been attacked by the family dog, which was left unattended. Nevertheless, as in this case too, the police do not seem to even consider the possible racially motives behind the crime. Indeed, as also reported to KISA, while their complaints referred to an attack by a group of Cypriot villagers and the individuals attacked had confirmed they could identify the attackers, the police claimed that the information provided corroborated the identification of only two individuals and could not support the case for a group assault. Furthermore, the police are not investigating the alleged sexual harassment of the woman of the said family, which preceded the attack and we do not know if it is even officially recorded.

KISA finds it unacceptable that so far the police investigation seems to follow a practice of equating victims and perpetrators, on the one hand, while, on the other, a policy of denial of investing homophobic and racist motives in these cases. Of more concern is the fact that the non-investigation of racist, homophobic, sexist and xenophobic motives is a common police practice, despite the fact that the police maintain a recording mechanism of at least racist crimes.

KISA wants to point out the urgent need for training of police officers in the assessment, recording and investigation of racist, homophobic, sexist and xenophobic motivation in crimes committed against persons and the effective implementation of the Law on Combating Certain Forms and Expressions of Racism and Xenophobia through the Penal Law of 2011, a law that does not seem to have been implemented so far. KISA calls the Police to investigate even now any homophobic, sexist and / or racist motives behind these criminal offences, and on the Attorney General of the Republic of Cyprus to proceed with the prosecution of all perpetrators.

Lastly, KISA calls on all competent authorities of Cyprus to show zero tolerance to xenophobia, intolerance, racism, homophobia and discrimination in general and to proceed directly to the formulation of a comprehensive immigration policy, which will be based on the principles of equality, justice, solidarity and anti-racism.