Mistreatment instead of Integration for Refugees in Cyprus 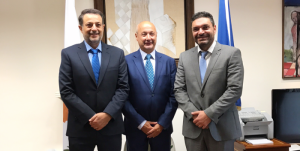 KISA condemns yet another case that illustrates the continuous violation of refugees’ rights by the competent services of the Ministry of Interior.

Mr A.L.Y.H. arrived in Cyprus in 2001 with a residence permit and a work permit. From 2003 until 2015, he was employed as a teacher of the Coptic language at the Coptic Orthodox Church in Limassol. In 2008, he married Mrs Ν.Μ.W.Κ.

Mrs Ν.Μ.W.Κ. came to Cyprus in 2004 as she feared persecution in Egypt and immediately applied for international protection. Her application was examined and she was finally granted recognised refugee status in 2015 – that is, 11 years later.

In 2010, Mr A.L.Y.H submitted an application to become a Cypriot citizen, which until today has not been examined. Despite the fact that his application for citizenship is still under examination, the authorities have not even renewed his temporary residence and work permit since 2015.

Due to chronic renal failure, Mrs Ν.Μ.W.Κ needs to undergo regular dialysis, meaning that she cannot work at all and is completely dependent on her husband. At the same time, Mr Α.L.Υ.Η. is denied any status and is considered an irregular migrant by the authorities, meaning that he is not able to work and support his wife since the authorities have examined neither his application for citizenship, nor his application to be included in his wife’s administration file as a member of the family of a recognised refugee till today.

The delay and negligence by the authorities and competent ministries in relation to these individuals is unacceptable and is rendered criminal as each day goes by without the delegation of responsibility and without a decision being made.

We urge the authorities to examine Mr Α.L.Υ.Η’s application for Cypriot citizenship immediately and to extend his wife’s protection status to him without delay, as he is a member of the family of a recognised refugee, as defined by law.

We also call for the revision and harmonisation of the policies that the Republic follows regarding the integration of migrants and refugees into society, as they are essentially non-existent in practice, while in their theoretical capacity, they are not characterised by the necessary cohesion and holistic understanding of issues that these communities face. The practices of the authorities are based on the adoption of contradictory policies, on the one hand led by a concern for safeguarding the rights aiming towards integration and, on the other, excluding these communities from meaningful access to these rights.

Mass evictions in Paphos could lead to upsurge in homelessness, NGO says
29 August 2020

MIGRANT support NGO Kisa has warned that the mass eviction of migrants [...]