Migrants and prisons: “Collateral damages” and the “unknown” aspects of the prison system 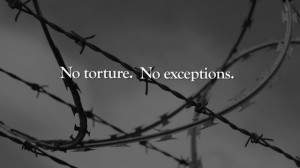 Given the recent suicides and incidents involving violence from fellow detainees and wardens against migrants in the Central Prisons, KISA – Action for Equality, Support and Antiracism underlines that these constitute the tip of the iceberg with regards to the handling and conditions of detainment of migrants in Cyprus. At the same time, in the context of public discussion about the inhumane and humiliating practices and detainment conditions at the Central Prisons, KISA remarks that issues of institutionalised discrimination and racism against migrant detainees must be taken into account and that effective measures of combatting these phenomena must be put into place.

In just two weeks, we witnessed the suicide of three migrant prisoners and the revelation of a case of repeated rape of another migrant prisoner in the Central Prisons. The case of the repeated rape of a migrant prisoner by 4 other prisoners is particularly indicative. This person, according to information that came to light, while convicted for petty crimes, was transferred to the prison wing reserved for rapists and other convicts serving long sentences after the request of a lifer, who planted strong tranquillisers in the food or drink of the young people selected for rape, so as to inhibit or slow down their reactions, under the cover of the officers and wardens on duty, who transferred the prisoners that the particular convict selected to the wing. [1] Furthermore, KISA expresses grave concern with regards to the possibility these crimes are related to cover up of possible criminal activities.

At the same time, KISA highlights that these extreme phenomena observed at the moment in the Central Prisons are directly linked to institutionalised discrimination and racism experienced by migrant detainees, especially with regards to the exercise of their religious rights, the exercise of their right to communication and contact with members of their families, the award of ancillary work and of the few career programmes that are applied in the prisons. Furthermore, in spite of the repeated recommendations from international organisations (e.g. Council of Europe) and non-governmental organisations for the evaluation and handling of the extremely high percentage of migrants amid the total of prisoners, unfortunately these were not implemented, but instead, the intense criminalization of migration in the last few years has  led to further increase in the number of migrants convicted for issues relating to their residential status and other migration-related topics (e.g. work without the required permit, and use of false papers to travel and ask for asylum in other countries).

KISA considers the President of the Republic sent a positive message last Sunday with his visit to the migrant – rape victim. In spite of this, KISA believes this is not enough, as it is necessary to take immediate, real and substantial measures for the termination of mistreatment and torture of migrant detainees in prisons. KISA underlines that these phenomena have not appeared overnight, but have been driven to the extreme exactly because of the situation that was in place with the state of lawlessness, cover up, and impunity for incidents of mistreatment and abuse of power.

Particularly indicative is the recent incident of the “disappearance” of five atypical migrants who were held illegally at the detention centre of Mennogeia. More specifically, the five atypical migrants “disappeared” from their cells, so that the representatives of the European Committee for the prevention of torture and inhumane or humiliating treatment or punishment (CPT), who were on a scheduled visit to the police detention centre at Mennogeia on September 27, 2013, would not be able to determine the illegal conditions of the specific detention cases. In spite of the public report for this particular case, unfortunately till today none of those responsible has been reprimanded or punished. [2]

KISA urges the government to:

1. Conduct a radical review of the migrant policies of the Ministry of Interior, mainly with a view to the eradicating criminalisation of issues regarding migration, such as the residential status of the migrants, as a large percentage of prisoners are migrants who are detained and/or have been convicted for “illegally staying, working and/or falsifying personal documentation” in their efforts to leave Cyprus and ask for asylum in another country.

2. Immediately eliminate the institutionalised discrimination against the migrant detainees, particularly with regards to:

a)     their religious rights

c)     the right to equal treatment, particularly with regards to the ancillary jobs at the prisons and the detention centres, as the most difficult and least desirable are given to migrants, and

d)     the prohibition of arbitrary detentions, as many migrants have been in long-term custody while awaiting trial, with the excuse that they will leave Cyprus if released, very often resulting in the period of their detainment being much longer than the sentence they are required to serve in the detention centres and prisons.

3. Fulfil the promise the Republic of Cyprus has made for scientific, objective, and complete evaluation of the phenomenon that sees a high percentage of migrants in detention centres and prisons, as well as the particular measures that must be taken so that any positive changes have the same positive impact on the imprisoned migrants. Especially with this last measure, KISA underlines that such an effort must include the conditions in the police detention centres, beyond the Central Prisons.

Finally, KISA notes that the aforementioned recommendations must be an integral part of an integrated migrant policy. In the contrary case, the extremely severe problems of mistreatment and torture observed today in the prison system of the Republic of Cyprus will not be resolved.

Phileleftheros – Monday, January 13, 2014 “Suspensions and sweeping changes: Heads rolling in prisons under the instruction of the President”. Access through the website:http://www.philenews.com/el-gr/top-stories/885/179770/peftoun-kefalia-stis-fylakes-me-odigies-tou-proedrou 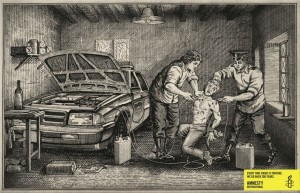