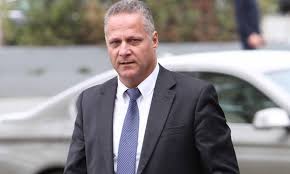 It is with sadness and rage that we were informed yesterday by the media about the visit to the offices of ELAM by the Minister of Education and Culture, Mr Kostas Chambiarouris, and his declaration that “ELAM’s views are always welcome” and that his Ministry and himself share the values and principles of ELAM.

Unfortunately, after the opening made by the President of the Republic of Cyprus, Mr Nicos Anastasiadis, towards ELAM during the pre-election period, it is clear that the government does not understand the need to protect young people and, more broadly, society from the dangers of the right wing and of the neonazi party ELAM. This is after all, what the Minister – who not only visited ELAM, but also declared that he and his Ministry are open to dialogue with them – admits. After his re-election, the President of the RoC chose – not randomly, of course – to appoint a henchman of the Archbishop as the Minister of Education and Culture. It is worthy to remember that a few years ago, the Archbishop had spoken of ELAM as “a group of young people with crystalline views”, with which he also agrees. 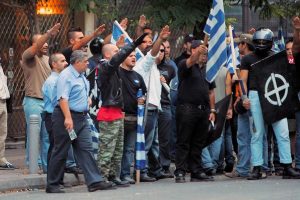 Actions and statements like those made by the Minister, and previously the President and the Archbishop reinforce the establishment of ELAM, a fascist party which is a branch of the criminal organisation Golden Dawn, as a political force within the system. While what our society really needs is an anthropocentric education with a rights-based approach in order to cultivate a culture of peaceful coexistence in a multicultural society, the Minister is focusing, as he declared in a response to the criticism he received regarding his original statements, “on the national ideals and the Christian values of Cypriot Hellenism”.

Unfortunately, the only result of this approach is the further cultivation and promotion of hatred, conflict, bigotry, discrimination and racism, eradicating all hope of a sustainable reunion of Cyprus and of harmonic coexistence between all its inhabitants. It is clear that the new Minister of Education fails to understand that he is not the Minister of the Greek-Cypriot community but the Minister of a member-state of the E.U., which is based on the principles of equality, freedom of religion and the secular state, which has been multicultural from the beginning, whether ELAM likes it or not.

KISA demands that Mr Chambiaouris resign from his position as Minister of Education and Culture, and, in case he does not resign, calls the President to remove and replace him, since such actions come into conflict with the very constitution of the RoC, which safeguards the freedom of religion and not the promotion of Greek Christian values and ideals while attacking the very principles of equality and democracy.