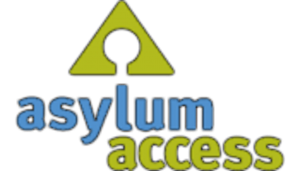 One of the basic principles of refugee law is the principle of non-refoulement, which ensures that no person can be deported or sent back to a country where there is a risk of persecution for reasons which are or where they may be subjected to torture, inhuman and degrading treatment. Hence, in any rule of law, where applicable legislation and international conventions, as well as the European legislation in the case of EU Member States, have adopted asylum procedures, for ensuring that no person will be deported in such a country without being given access to the asylum procedure, in order to examine the validity of this fear and danger.

The Republic of Cyprus, with the excuse of the economic crisis, has now adopted indiscriminately policies and practices that are leading to the impoverishment and social exclusion of refugees, who are either forced to leave Cyprus or do not even seek to apply for protection in Cyprus, especially in the cases when they have just left their countries. Within this rant, the basic principles of well-governed societies and states that respect human rights and international commitments and obligations are no longer met. On Sunday, June 9, 2013, the Republic of Cyprus proceeded to the deportation of a woman from Somalia, without even being given access to the asylum procedure to her and without ensuring that the Republic of Cyprus must follow its obligation under Article 3 of the European Convention on Human Rights as by investigating how the deportation of this woman in a country where torture and / or inhuman and degrading treatment.

It has to be noted that despite the clear provisions of the national law, as well as the international European commitments undertaken by the Republic of Cyprus, the promises it has repeatedly given, even contrary to what has been falsely inform the European Commission, to date no access to procedures asylum is given to persons detained for deportation purposes or imprisoned, since there is no application for asylum in detention centres or prisons while the Aliens and Immigration Department refuses to transfer asylum seekers in the Asylum Service to apply.

KISA condemns this new incident which constitutes a flagrant violation of international customary law and international and European refugee law and calling on the Republic of Cyprus to:

• Respect the rule of law, as well as the commitments and obligations incumbent on it, as a country that has ratified the Geneva Convention Relating on the Status of Refugees and the fundamental right to asylum guaranteed by the Charter of Fundamental Rights of the EU and European law as a member of the European Union.

• Stop making any concessions on human rights, with the excuse of the economic crisis, to which otherwise is referring to before the members of the EU and international organizations, and to ensure the access of any person to asylum procedures and the operation of a fair and efficient asylum system.

• Take measures to support refugees as one of the most vulnerable social groups, to smooth integration and equal participation in society, according again to the international obligations.

• Immediately stop the policy of persecution of refugees and exclusion of the human right to asylum.

KISA is fully aware of the problems and difficulties arising from the economic crisis, but no excuse can be raised in the discussion for discounts on the protection of human rights of all people and the respect national and international law. 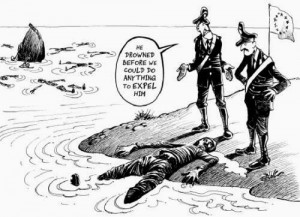