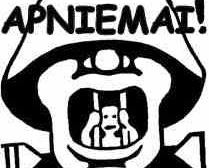 KISA – Action for Equality, Support, Antiracism denounces the refoulement of Turkish conscientious objector Onur Erdem by the Republic of Cyprus back to Turkey.

After his application for asylum was rejected by the Republic of Cyprus, the Turkish with Kurdish origins conscientious objector Onur Erdem was arrested by the Cyprus Police on 20 June and remained in detention until 11 July. Erdem was deported back to Istanbul via Jordan on Thursday, July 11. As he had been charged for desertion and an arrest warrant had been issued against him by the Military Prosecutor of Gelibolu, after his arrival in Istanbul he was transferred to the Office of the Military Prosecutor, where he was immediately arrested. He is now imprisoned at the Military Prison of Kasimpasa and it is expected that in two days he will be transferred back to Gelibolu, where he will be brought to court, which will probably decide his further detention, until the hearing of his regarding army desertion.

The last time Onur Erdem declared his conscientious objection was in March 2011 and in September 2012 he made an application against Turkey at the European Court of Human Rights. Erdem served in the army for three months in 2006. Eventually, after repeated attempts to be recognised as a conscientious objector, he was dismissed in 2007, but since then he was imprisoned several times, while there are still convictions of imprisonment pending against him.

Erdem now faces the imminent threat of torture as a conscientious objector, precisely because of his detention at the military prison in Turkey and his failed attempt to obtain asylum in the Republic of Cyprus.

The above case is not the only one in which the authorities of the Republic of Cyprus refoule asylum seekers back to their country of origin, where they face an imminent risk of imprisonment and/or torture, since the Asylum Service mostly refuses to grant them a status of international protection. Another similar case of this practice by the competent authorities of the Republic of Cyprus not to grant asylum and protection is that of Syrian Berzani Karro, who, after having been deported from the Republic of Cyprus in June 2009, he was detained and tortured in Syrian prisons by the Assad regime. [i] After he escaped from Syria, he went to Austria, where his application for asylum has been approved and he received international protection. Currently Karro is suing the Republic of Cyprus with the help of the Austrian Amnesty International and the cooperation of KISA for the tortures he suffered in Syrian prisons, because of his deportation from Cyprus and his handing over to the Assad regime. 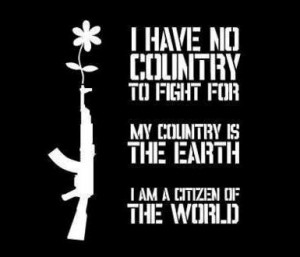