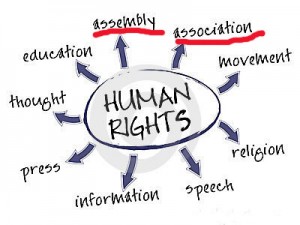 KISA condemns any interference by political parties or others that aims to undermine Non-Governmental Organizations (NGOs) through the creation of an artificial image and impressions regarding their sources of funding in order to delegitimise their actions. The reason for this public intervention is the recent statement (21 August 2015) by EDEK, entitled “Questions about the funding of Omada Kypros“, which seeks to undermine the public image of the NGO “Omada Kypros” (OK) and is motivated solely by that party’s political disagreements with OK’s activities and objectives.

In its statement, EDEK suggests without any evidence whatsoever that OK is funded by foreign sources and therefore that its motives are driven by outside influences. At the same time, the spirit of the statement is to take a clear dig at “Omada Kypros”, creating the impression that OK is supposedly cooperating with the “enemy” in order to undermine the Republic of Cyprus. Further, EDEK is patently attempting to make insinuations against all NGOs, which are indirectly accused of being tools in the hands of foreign interests.

In the past, we have witnessed similar attacks against NGOs – including KISA – by politicians of various political parties acting on an individual basis. Besides being morally and politically unacceptable, this practice reveals the immaturity of the political system in failing to understand the important role played by NGOs across the whole spectrum of the social, economic and political life of the country, and at the same time it represents an attack on the right of association and assembly as well as on the freedom of expression.

Precisely because of the seriousness of the whole issue, the international community and especially the United Nations (UN) pay particular attention to the protection of these rights and freedoms, especially in authoritarian and anti-democratic regimes where abuses are most frequently committed. For this reason, the UN has established the institution of the Special Rapporteurs, who have a specific mandate from the organisation’s Human Rights Council to record such violations and send memoranda to governments to remedy them. KISA is in direct contact with these bodies, given that Cyprus is one of the countries about which there are concerns over their failure to respect those rights and freedoms, while in the past, memoranda relating to this issue have been sent to the Republic of Cyprus.

KISA condemns any attempt to undermine civil society by making unsubstantiated accusations and signals that if this practice is continued by EDEK or anyone else, we will not hesitate to make a complaint to the relevant UN bodies.