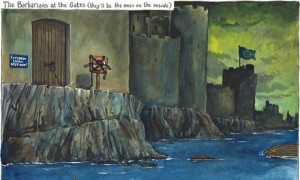 Over the last few months we are witnessing an ongoing humanitarian tragedy, the result of the unprecedented larger refugee crisis since the end of World War II, while at the same time both the Member States and the European Institutions are failing blatantly to manage the situation on the basis of the principles of the Union and of international law.

KISA considers that this refugee crisis is largely the result of the political, economic and military plans and actions developed and implemented in the countries and societies of Asia, Africa and Middle East by the powerful countries of the international community, including the European Union, for the purpose of service of their own interests. The intense humanitarian crisis that we are experiencing the last five years and especially the last months is due primarily to the economic inequalities, the fundamentalist movements and the authoritarian and antidemocratic regimes, fomented and formed by these policies.

Although the refugee crisis started several years ago presenting gradual deterioration until we have reached the current tragic events, the EU faced the situation over the years without political will for its collective management while the Member States were consumed in an attempt to shift the responsibility and the refugees from one country to another. As a result, each country tries to shift the responsibility of the refugees’ reception and integration in other countries while at the same time all countries are cooperating to strengthen Europe’s “fortress” by building a “wall” that will keep the unwanted “invaders” away.

These policies have resulted, among other things, in trapping millions of people trying to survive in neighboring EU countries (especially Turkey). The appeal of international organizations, including the United Nations High Commissioner for Refugees, the International Amnesty and the Civil Society to take measures that would give even a temporary solution to the problem is proved to be ignored. Proof of this is the decisions of the last summit of the Council of Europe, which was held under the pressure of the public opinion after the loss of thousands of lives in the Mediterranean Sea. The result of the summit was basically the adoption of measures that provide further strengthening of the “fortress Europe” instead of saving people, with the most tragic measure the announced intention of undertaking military operations to sink the ships that refugees came in Europe. Pressures in neighboring countries such as Turkey have resulted in the adoption of policies of stricter control of ports, leaving as the only option for refugees, the larger, more dangerous and more difficult overland journey.

As for Cyprus, the government’s policy in relation to the refugee crisis during the last years, aims basically to prevent refugees to come and live with dignity in Cyprus. Actually the Cypriot authorities deprive the recognized refugee status from beneficiaries of International protection. Also, the lack of integration policies along with the pervasive institutional racism prevailing in Cyprus, rank the country as one of the most inhospitable country for refugees across the EU.

Moreover, the authorities pressured the Turkish Cypriot administration and the Turkish government through the UN and the EU so refugees attempting to enter in the territory of the Republic of Cyprus seeking protection to be captured by the Turkish Cypriot authorities and be deported back to Turkey without any consideration of their asylum applications and in breach of international and European conventions, even in cases where the return of those persons expected to lead to a refoulement to the country of persecution.

KISA, taking under consideration of all the above facts and developments, calls:

Finally, we call on the Republic of Cyprus to work consistently to create a fair and efficient asylum system that will ensure: