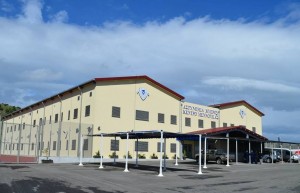 KISA – Action for Equality, Support, Antiracism expresses its great concern regarding complaints for maltreatment of detainees at the Menoyia Detention Centre and asks for an immediate investigation by the competent authorities of the Republic of Cyprus.

According to a phone call received yesterday by KISA from a detainee at the Menoyia Detention Centre, one of the detainees was beaten up by the police officers at the centre. According to information received by KISA before the assault against him the detainee had asked to see his children who were outside the detention centre asking to visit him. He was told however to submit a written request to be examined. When the detainee asked why he could not see his children since they were already at the detention centre, the officers in charge physically assaulted him.

Despite KISA’s repeated attempts to receive more information on the matter, this proved impossible as communication with the person who made the complaint was abruptly interrupted, while when we tried to communicate with the officer in charge of the Menoyia Detention Centre  we were told that neither he nor the person substituting for him were available. The officer who had answered the phone also abruptly cut off communication when asked whether a detainee had been assaulted. At the same time the detainees’ mobile phones were disconnected. We could therefore obtain no further information either from the detainees or the personnel at the detention centre. KISA reported the case to the Cyprus Anti-Discrimination Body.

This afternoon KISA received a new phone call from another detainee at the Menoyia Detention Centre who informed us that one more detainee had been physically assaulted by an officer. According to information obtained by KISA the detainee had received spoiled food and when he refused to consume it the officer in charge severely bit him while he was held immobilized by two policemen. According to our information as a result of the assault the detainee had to be transferred to the hospital, where he still remains, with fractures to his leg and skull. According to information received by KISA, all the detainees were transferred early afternoon to the Menoyia Detention Centre yard where they continue to be held to this time. KISA has filed a complaint to the Cyprus Anti-Discrimination Body of the Ombudsman’s Office.

KISA expresses its great concern over the repeated complaints of maltreatment of detainees at the Menoyia Detention Centre and asks their immediate investigation by the competent authorities of the Republic of Cyprus, namely the Cyprus Police Headquarters, the Ministry of Justice and Public Order and the Cyprus Anti-Discrimination Body of the Ombudsman’s Office. At the same time, KISA points out that these phenomena will not cease if the problems concerning detention conditions are not addressed and the philosophy around it does not change. Finally KISA asks for the compliance of the authorities with their obligations and respect of the human rights of the immigrants and the refugees detained to be deported both at Menoyia and other detention centres.

[i] As KISA has complained on 26 June 2013, the detainees were not informed of their right to appeal to the Supreme Court against the decision for their deportation with free legal aid by the state, but even when they had knowledge of their right and had demanded it they could have had no access to it as the detention centre refuses to transfer them to the court, while the registrar cannot go over to the detention centre to put them under oath. They therefore have no access to Justice. At the same time, the psychological violence and inhumane treatment they face put pressure on them to sign their “voluntary” return to their country. While according to the law, they have every right to submit request for asylum while at the detention centre, this right is circumvented since no asylum application forms are available at the detention centres, despite the fact that the Republic of Cyprus falsely informed the European Commission of the opposite. Furthermore, the Menoyia Detention Centre refuses to transfer them to the Asylum Service or the Aliens and Immigration Unit to apply for asylum, while the Asylum Service refuses to visit them citing “lack” of travel funds. The detainees are under continuous checks and punitive treatment which includes them being handcuffed as if they were criminals even when they go to the WC or are visited by their families. Punitive measure was also the isolation of the 25 hunger strikers from the rest of the detainees during their three-day hunger strike. Furthermore some detainees suffer physical violence in combination to other methods, such as the interruption of telephone signal so as not to be able to communicate. Visits are only allowed at the presence of policemen while at the same time human rights organizations need written approval by the Chief of the Cyprus Police in order to visit the detainees. As a result of all these harsh and inhumane measures, the detainees consider their living conditions as unacceptable and degrading, while at the same time putting their health at risk. The quality of food is often so bad that the detainees often go without food for a whole day and survive only with water. The detainees do not have timely access to medical care. Those who need to visit the doctor can wait up to 2 weeks and only after a relevant application can they see a doctor, to whom they are not allowed to talk since the policeman escorting them talks in their place. 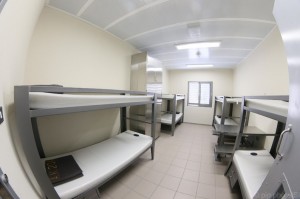