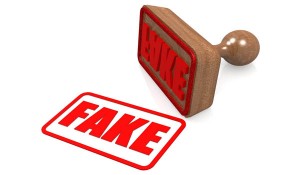 KISA is very saddened to realize that recently, and particularly following the terrorist attacks in Paris on 13/11/15, a segment of the media internationally, rather than acting as a pressure lever on the states to safeguard human rights, they act apologetically and pave the way for violations of refugees and migrants’ human rights. Unfortunately, the Cypriot media do not constitute an exception, a fact that is proven through some publications of the last few days, which refer to alleged connections of refugees who live in Cyprus with terrorist organizations.[1]

Most of these publications, which constitute fabricated news, refer to the 55 refugees who remain at the British Bases in Dhekelia, portraying them as dangerous for the Cypriot society. KISA considers unacceptable and condemnable any attempt to exploit the climate which has been created after the Paris attacks, for reasons of increasing website traffic and TV programs viewing, as well as for the intentional cultivation of negative perceptions against the refugees.

In any case, many of the Cypriot media’s stance recently in matters concerning security and their connection to the refugee issue, undermines the trustworthiness and validity of the media, while it simultaneously violates Journalism’s Code of Ethics. Despite of the media’s intentions, the spread of unconfirmed and false information on the supposed presence of terrorists among the refugees who live in Cyprus cultivates a climate of anxiety among the public and contributes to the increase of racism and xenophobia in society.

As far as the group of refugees who remain at the British Base in Dhekelia are concerned, our information suggests that apart from some initial suspicions, no evidence has been substantiated which proves that there are, among the refugees, persons who are involved with terrorists organizations. A resounding example of such fabricated news is the publication concerning the ‘disappearance’ of 5 refugees.[2] This particular piece of news proves to be falsified since the authorities at the British Base, after communication with KISA, have reported that they are aware of the whereabouts of all 115 refugees.

At the same time, we wish to clarify that under no circumstances the refugees who are in Dhekelia can be sent back to Lebanon (non-refoulment) based on their rejection by the authorities of the Republic of Cyprus as this violates the laws on refugees.[3] Even in the extreme situation where there are reasons to deny international protection, the procedures strictly provide for the examination of the application for asylum as well as the reasons for rejection of the application in writing. Under these circumstances, the applicant has, according to the law, the right to appeal the administrative decision at the Supreme Court.[4]

Further to this, we have found that recently the authorities, citing security reasons, enhance the public feeling of insecurity while at the same time ignore and violate the European acquis. A representative example is the denial to enter Cyprus to 5 European citizens.

The paradox of the case lies with the fact that the ‘terrorists’ have been expelled without any police escort, a fact which raises questions in relation to whether this decision was taken on the basis of racial profiling or because of a general suspicion against these individuals.[5]

It is reminded that KISA as well as other Non Governmental Organizations in a joined press release dated 11/9/2015, have praised the acts of solidarity with the refugees expressed by the Cypriot society, which must, under any circumstances, be safeguarded. [6]

On the basis of all of the above, KISA calls on:

[4] Applicants are excluded from the asylum procedure only in very rare cases, for instance after allegations of committing war crimes. Even in this case, the applicant has the right to apply to the judiciary to decide on the outcome of his case.