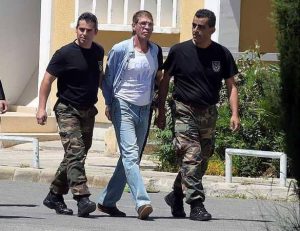 KISA regrets to announce that Mr Emam, otherwise known to the media as the Egyptian hijacker, under the weight of the inhuman and degrading treatment which he was subjected  to by the authorities of the Republic of Cyprus all throughout his detention  at the Central Prisons, has decided to withdraw all the applications pending at the European Court of Human Rights (ECtHR) and the Administrative Court and surrender voluntarily to the Egyptian authorities. As Emam himself stated  to KISA: “I prefer to return to Egypt where I will be physically tortured and know what I have to deal with afterwards, than remain in Cyprus in Block 10 of the Central Prison where psychological abuse occurs on a daily basis and there is no prospect of it ending or a way of dealing with it.” Right from the beginning, KISA was opposed to the decision to extradite him to Egypt, while he maintained asylum seeker status and due to his fear that he would not be given a fair trial and subjected to torture and inhuman and degrading treatment by the Egyptian authorities.

More specifically, KISA reports that the ECtHR revoked the postponement order of Emam’s extradition to Egypt, which was issued according to Rule 39 of the Court’s Procedural Rules in November 2017, after his own signed statement that he wished to be extradited to Egypt. With another signed statement, Emam declared he also wished to withdraw his main application to the ECtHR  against the Republic of Cyprus as well as  his application to the Administrative Court that was pending regarding his asylum application. Questions are raised as to the conditions under which he withdraw all his cases from the Courts as,  from a legal point of view, even if the postponement of the extradition order from the ECtHR had been recalled, his cases could have proceeded.

It is important to note that, apart from the issue of his extradition to Egypt, his application to the ECtHR was about the detention conditions at the Central Prison where he remained originally for about a year in the garrison headquarters, under inhumane and degrading conditions, according to the findings of the Committee for the Prevention of Torture (CPT),  and then in Block 10 of the Central Prisons, where persons with psychological or other issues of a similar nature, or generally persons with “problematic” behaviour, according to the Administration of the Prisons, are detained. It must be noted that, according to his statements to the EctHR, his detention in Block 10 was  perceived by him as punitive and in effect  isolation.

KISA is convinced that his long-term detention at the garrison headquarters and in Block 10 under inhuman conditions and with degrading treatment and the complete refusal of the Administration of the Central Prisons to examine the complaints he repeatedly submitted both through KISA and through his lawyers, eventually broke Emam’s resistance, resulting in his “voluntary” request to surrender to the Egyptian authorities and the retraction of all his cases, probably in the context of suggestions either of the authorities of the Republic or of Egypt..

KISA states that it continues to consider the Republic responsible for the violations of Emam’s  rights  and that his exradition to Egypt places him in grave danger to violation of fundamental rights and that it will be following the case and the way Mr Emam is treated by the Egyptian authorities.