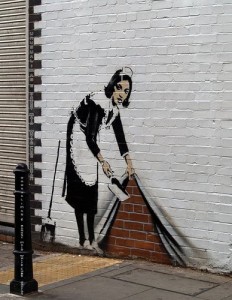 On the occasion of the latest violent crime against the life of the migrant woman Julia Oborok and her young child, KISA calls on the Cypriot society and the state and all its agencies, after recovering from their “shock”, to see reality in the face and actively deal with it. Violence, be it domestic or exercised by employers, agents or others, especially against migrant women, is for many years now a daily phenomenon “legitimised” by those policies and practices that put migrant women in the most vulnerable position in society and total dependency on those in power to determine their stay in the country or their accession to rights, whether these are their Cypriot employers or their Cypriot husbands or partners.

KISA points out the responsibility of the state to proactively protect the human rights of all persons living in its territory, irrespective of gender, ethnicity or nationality or any other special characteristic. It is to wonder how the state and its competent services protected Julia Oborok and her three year old daughter from the apparently systematic violence against her by her Cypriot partner, in order to avert the violation of their most fundamental right, that to life.

KISA has repeatedly stressed that the migration model in place in Cyprus and the strict migration policies turn migrants, especially the most vulnerable groups such as women and children, into actual or potential victims of violence and exploitation as they remain totally dependent on their employers, husbands or partners. To date, the state has not developed any effective protection mechanism for migrant women and their children who fall prey to violence, sexual harassment, rape and labour exploitation, despite the repeated incidents that KISA always reports to the competent authorities. The usual outcome of victims reporting violence to the mechanisms that the state has theoretically set at their disposal is that they, the victims, are undocumented and have to be deported.

Once again, KISA calls on the state and society at large to at last realise the extent of the problem of violence against migrant women and women in general and to ponder on the responsibilities, perceptions, attitudes, reasons and practices that lead to the perpetuation and further spreading of this violence. It is only with the recognition of this hideous phenomenon and by taking on the responsibilities by all implicated state and other services and agencies as well as by society at large that it will be possible to effectively tackle violence in the Cypriot society. And lastly, in relation to the case at hand, KISA calls on the state to proceed to a full, objective and independent investigation about the responsibilities of the state, its structures and agencies as to the murder of the unfortunate migrant woman and her child in order to establish whether their actions or failure to act led once again to the ultimate violation of human rights, as it was in Oxana Rancheva’s case, for which Cyprus has been condemned by the European Court of Human Rights.