Deportation instead of protection of a victim of labour exploitation 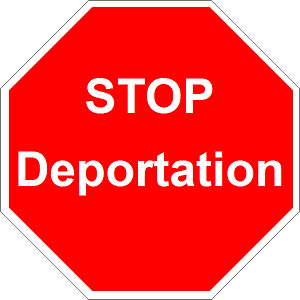 A migrant victim of labour exploitation (K.M), is at the Menoyia Detention Centre for Irregular Migrants, risking of being deported from the country any minute because ‘the employer’ and exploiter, in cooperation with his ‘agent’ sought to omit renewing his residence permit with the purpose of continuing to exploit him. The chain of exploitation becomes ‘completed’ by the cruelty on behalf of the relevant department with the detention and deportation of the victim. Unfortunately, K.M’s case does not constitute an isolated incident since the current system encourages the overexploitation of migrants and their following punishment, essentially allowing the employers to remain unaccountable.

K.M entered Cyprus on a legal status in February 2015 on the basis of a working visa for three months. His employer, in cooperation with the authorities, managed to issue a deportation order against him on the basis that he was suffering from a serious illness. Without any previous investigation of the matter, detention and deportation orders were immediately issued and he was held in custody. The said orders were later annulled as it was discovered that K.M was not suffering from any illness and was thus given the right to seek a new employer within one month. K.M found a new employer in the agricultural industry via a ‘private employment services office’ since the public employment departments refuse to extend their services to unemployed migrants with temporary residence permit.

The new employer, in collusion with the ‘agent’ tricked the person in question (M.K) telling him that they had began the application process for his employment and residence permits in order for him to continue to work under exploitable working conditions and without having the opportunity to report the abusive behaviour of his employer prior to the issuance of the relevant residence and employment permits.

After working for eight months, K.M was arrested as an irregular migrant, however, instead of being treated as a victim of labour exploitation which would require recognizing the vulnerable position in which he was in, he was rather prosecuted and detained in the central prison for illegal work and stay. Even though his prosecution was suspended following the orders of the Attorney General, the Civil Registry and Migration Department (CRMD) proceeded with the issuance of detention and deportation orders on the basis of which he was re-arrested and he remains until today at the Menoyia Detention Centre for Irregular Migrants.  It is noted that the Court condemned K.M’s employer when it became evident during the court proceedings that he deliberately failed to legally settle the legal status of his employee’s residence, so as to make him more vulnerable to exploitation.

Additionally, K.M informed the CRMD that he had filed an application at the Industrial Disputes Tribunal against his previous employer, in relation to the unpaid amount that employer owed him for work that he had done, on the basis of highly abusive employment circumstances. Despite that, the CRMD did not proceed to the annulment of the detention and deportation orders even though K.M’s presence in the Republic of Cyprus is essential during the trial of the above-mentioned case.

In light of all of the above, we are asking: