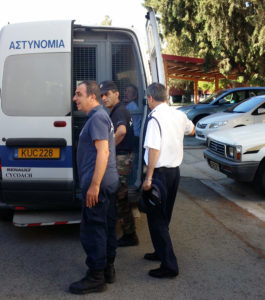 Today, 30/09/16, the Nicosia District Court decided to approve the application of the Egyptian regime for extraditing of Mr Saif Mουstafa (ΕΜ)[i].  Unfortunately, the decision confirms the concerns that  KISA has publicly expressed[ii] that today’s court hearing would result in announcing a political decision already decided beforehand. The court’s stance all throughout the procedures clearly reveals that it was not a fair trial and denotes that the Republic of Cyprus and its institutions are ready to sell out human rights for economic and political expediency.

In essence, the court reached today’s decision because it judged all testimonies for Mr EM’s extradition as reliable, while at the same time it judged as unreliable the testimonies that would lead any impartial person to the self-evident conclusion: that is, in view of the present situation of the violation of human rights in Egypt[iii], the extradition of this person will most certainly lead to persecution, torture and inhuman treatment.

In particular, the court’s decision was based on the following paradoxical arguments:

In addition, the court’s unwillingness to hear an independent expert testimony is also indicated by the fact that, on 21.09.2016, it rejected a request by Mr ΕΜ’s lawyer for such a testimony on the internal situation in Egypt to be presented by a representative of the UNHCR.

In view of all the above, KISA disagrees with the decision of the court. We believe that the decision has not been taken on the basis of independent and impartial evaluation of the facts of the case and the situation of human rights in Egypt. Further, we intend to proceed to all judicial measures in Cyprus and abroad for the protection of Mr EM’s rights, as his extradition to Egypt puts him in real danger of torture, inhuman and humiliating treatment.

We also call on the Minister of Justice and Public Order not to authorise Mr EM’s extradition to Egypt, in respect of Cyprus’s international and European obligations for the protection of human rights.

[i] Please see the Decision: https://goo.gl/7NxEz3

[v] See the C.V of the Professor Joffe: https://goo.gl/kOkmeL