Asylum Seeker commits suicide: a result of the policies of the state leading to impoverishment! 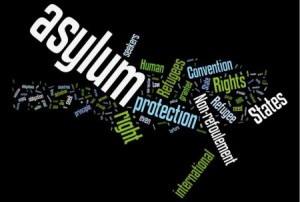 A Kurd from Syria who came to Cyprus three months ago as he was persecuted by the Syrian regime and who applied for asylum committed suicide yesterday, leaving 4 children and his widow behind in Syria. Mohamed lived in a village in Paphos called Arodes, had applied to the Labour Office for a job and was then referred to the Welfare Office since, as an asylum seeker, he did not have access to the labour market. The Welfare Office in its turn did nothing to help him. What seems to have led this unfortunate man to commit suicide was the indifference shown by the Cypriot authorities and their inability or unwillingness to respond to his desperate call for help, but also his deep concern and anxiety as to the fate of his family and the threats to their lives.

KISA considers the incident as a characteristic example of the miserable situation and the impoverishment that refugees and asylum seekers have to face in Cyprus, especially those coming from Syria, who comprise the most vulnerable social group in Cyprus at the moment and are mercilessly hit by the economic crisis and the policies that aim to force them to leave Cyprus.

The Cypriot authorities are hardening their policies towards this vulnerable social group of refugees from Syria. Access to asylum is extremely difficult as the authorities are trying, with all sorts of actions, legal loopholes or even illegally to put barriers to free access to asylum. Even if they surpass these barriers and do apply for asylum they are subject to a state of continuous temporality and long waiting since applications from Syria are not even examined at the present moment by the authorities. This leads many people, like Mohamed, to complete isolation, destitution and abject despair.

KISA condemns the unacceptable and racist decision of the parliament which insists on checking the list of all refugees (even those with fully recognised status) who receive welfare benefit, a fact that results in delaying the process by two, three months or even longer and subjecting the people to undue and unnecessary hardships.
In essence, a situation has been generated where neither recognised refugees nor asylum seekers can survive. As a result of the unbearable pressure of these policies and the need for survival, a large number of people have already left the country to seek protection in other European countries.

Being fully aware of the tragic socio-economic conditions that Cyprus finds itself in due to the Troika bail out , KISA would like to point out and to warn of the dangers posed for democracy holds and human rights, if the Cypriot state and society succumb to the rising tide of racism and discrimination against all non-Cypriots and especially non Greek Cypriots . In the state of the prevailing panic due to the impact of the bail out, the public discourse that is being developed by the government, political parties and other public figures and institutions, and which is being largely abetted and promoted by the media, has already been imbued with a rhetoric of extreme nationalism and racist discourse, and demanding the exclusion of Turkish Cypriots, refugees and asylum seekers from public health services, social insurance and social welfare, as well as the expulsion, if possible, of all migrants, Europeans or not.