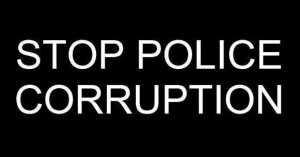 The arrest yesterday of a senior Police officer and more particularly the Assistant Chief of the AIS (Aliens and Immigration Service) corroborates the accusations made publicly by KISA on several occasions in the past about the direct or indirect involvement of members of the Police in illegal circles of trafficking and exploitation of migrants. The same Police officer has acted as Police representative at public discussions, where he unashamedly accused NGOs and KISA in particular of bribery and financial irregularities, without ever bringing to the forth a shred of evidence.

In this case, it is at least odd that most media have either ignored or omitted to refer to the relation of the said the AIS officer to the Civil Registry and Migration Department of the Ministry of Interior, since it is the decisions of the Director of the said department that the AIS executes despite the fact that it is part of the Police. The Assistant Chief of the AIS, who was selected by the Department itself, has for a long time been a close associate of the Director of the above government department (Migration Officer) and responsible for preparing files and suggestions as to the granting of entry visas to the Republic, the deportation of migrants, etc.

It is with regret that KISA notes that most media refer to the involvement of the said AIS officer in matters of “prostitution” or “forced prostitution” and not to trafficking of migrant women for sexual exploitation. “Forced prostitution” of, among others, a 15 year-old girl, is a clear case of trafficking in human beings, which constitutes a serious crime worldwide and in Cyprus, according to the recent decision of the European Court of Human Rights in the case Ranchev v. Cyprus.

KISA would like to express its satisfaction with the decisive stance of the Police to proceed with the arrest of the said officer, whom KISA had also denounced in the past and asked, without avail, for his transfer from his key position at the office of the Migration Officer.

KISA calls on the competent authorities to extend their inquiries so as to include an administrative and penal investigation particularly of the Civil Registry and Migration Department in order to reveal the breadth and scope of the involvement of officers of the Department in the said crime.

Finally, KISA considers this crime not to be an isolated incident of inter-connections, corruption and participation of members of the police in the trafficking and exploitation of persons and it, therefore, calls for a thorough and in-depth investigation and re-assessment of the institutional and administrative framework in order to identify the gaps and factors that instigate and promote such phenomena by members of the police, as well as to promote measures that will deter and prohibit these phenomena and criminal practices. 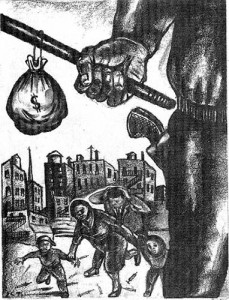