Approaches to the labour market integration of refugees and asylum seekers 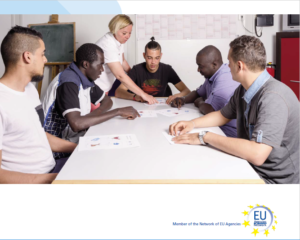 Providing swift access to the labour markets of host countries is part of the solution to Europe’s refugee crisis. This report takes forward existing research on the labour market integration of refugees (those with the officially recognised status of international protection) and asylum seekers (those who have applied for international protection and are awaiting a decision).
The objectives of the study are to:
– update information on legislation and practical arrangements in the first half of 2016;
– examine labour market integration in the context of receiving and supporting asylum seekers and refugees;
– explore the role of the social partners in this area.
The study is based to a large extent on evidence collected via a questionnaire to Eurofound’s network of European correspondents in the EU28 Member States and Norway. The responses reflect a snapshot of current developments. Read the Report…